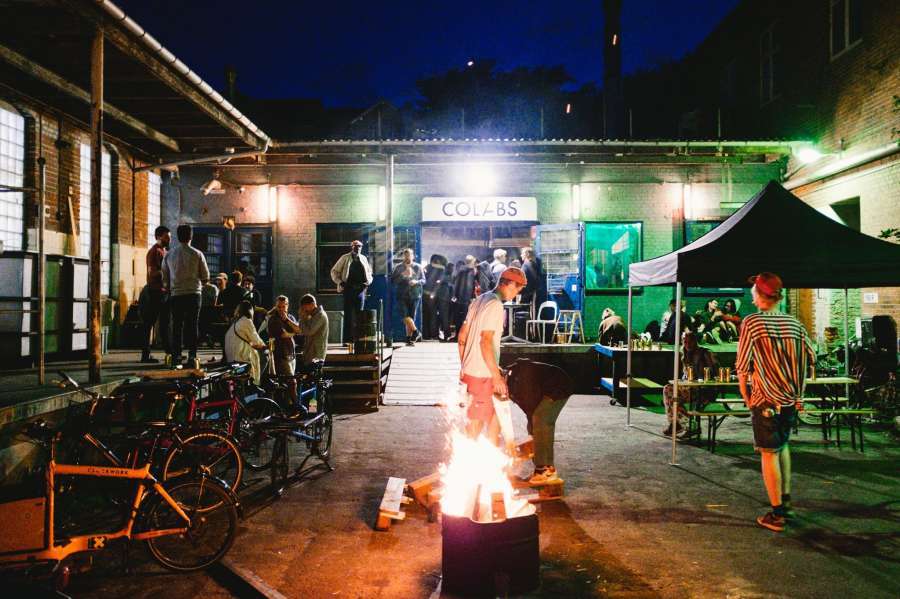 Jazz is on in Sydhavnen

Free and experimental jazz will be flourishing in one of the city’s unbound creative hotspots.

Thanks to passionate event coordinators, there will be innovative and inspiring jazz throughout Sydhavnen every day from July 11 to July 17.  ALT_R_JAZZ kick off with nine concerts spread over three evenings, ending late Tuesday night with a grand improv party (KALAS). This will take place in Det 3. Rum. On Wednesday, The Community and SunShip take over with a concert followed by three days of SHARE improv festival with lunch jazz at Solitaite Chaibar and evening shows including jams at Knud’s Kiosk.

A living, creative environment
During a trip through Sydhavnen alongside the four musicians and promoters of the “festival in the festival”, we discuss why it takes place here – what makes this location attractive, and why you ought to drop by.

– Musically, we do our own thing, and incidentally we landed out here, says Jens Balder (ALT_R_JAZZ). However, we quickly agreed that it might not have been a coincidence after all.

– We are about music going new places. That matches the alternative scene and creative environment out here well. Note that “Lydhavnen” (Sound Harbor) with its recording and rehearsal studios and more are here as well, says Maria Dybbroe (The Community).

– It is an inspiring scene that is close to our music, which is curious and explorative. There is a great synergy with collaborative people.
Free jazz and improv jazz may seem exotic to some traditional jazz fans, but maybe the Sydhavnen jazz scene can change that.

– Here, there are no rigid seating arrangements or regulations for stage and distancing. Instead, there are opportunities for musicians and audiences to communicate. This helps us make the exotic accessible and create an inclusive party, says Mette Marie Ørnstrup (ALT_R_Jazz). 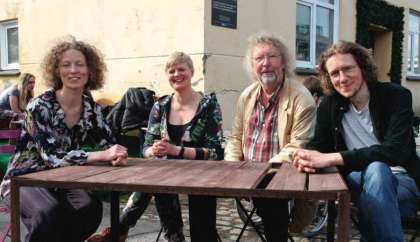 
A diverse program
Although free jazz and improv jazz are common denominators, musicians from different backgrounds in other genres contribute to the diversity and versatility. The same can be said about the various approaches by the event coordinators.

At The Community/Sun Ships SHARE Improv Festival, any attempts to find bands and line-ups will be in vain. Instead, you will find a long list of musicians from Denmark and abroad. During the day, they will take part in several workshops, which will result in the constellations that will be performing at the evening shows.

– It is not impossible that this will result in some new bands that will be performing next year, says Maria Dybbroe. ALT_R_JAZZ is more band-oriented, but with room for variation and unpredictability: established and less- established acts, different band sizes, and, not least, new constellations – e.g., Julie Kjær and Gorm Askjær, who take the stage with new “sparring partners”. In terms of genre variation, Marie Ørnstrup promotes a Middle Eastern flair as part of Ruh Duo – a rare blend of classic Ottoman-Syrian music and free Western improvisation.

Three humble (jazz) requests
The four jazz coordinators have three requests, which they hope that the jazz event in Sydhavnen can help make come true.

– To draw a large crowd. Perhaps? – There was significant interest last year, both at Udstillingsstedet 19C and at COLABS (now Knud’s Kiosk).

– To create a following for “that kind of jazz” in general. There might be hope. Over the past year, there was ample support for KALAS concerts at Institut for X.

– To help decision makers realize that we ought to preserve creative environments such as Sydhavnen. We shall see – jazz will keep playing, and hope lives on.