Lars Greve is a saxophonist, clarinetist, composer, and creator of several art and cultural projects. He released his solo album Breidablik (2014), which was rated as the best album of the year in several leading international magazines.

He is also a soloist from the Rhythmic Music Conservatory and receives a number of awards for his versatile and virtuosic expression.

Among other things, Lars Greve has played a solo concert on Sao Paolo's first skyscraper, a New Year's concert in Nuuk, and concerts in Hong Kong, Beijing, New York, and Rio with the band Girls in Airports and Bon Iver. In addition, he has been featured on over 100 releases with prominent artists from around the world.

In 2017 he published a piece of art/record with the sculptor Ingvar Cronhammar, and, in 2019, a comprehensive audio and visual portrait of his native West Jutland area appeared with art photographer Fryd Frydendahl, which was nominated for a Danish Music Awards as the Danish special release of the year.

Mini-festival at COLABS - Sunday, July 12
For the third year in a row, the improvisational collective The Community and the design company Knud's Kiosk in collaboration with DMF to a mini-festival during the Aarhus Jazz Festival/Sommerjazz packed with acoustically experimental music and improvisation.

Imagine a summer evening in the courtyard in front of the old garage, where you can enjoy a glass of wine in the sun during the concerts and forget about the corona for a while.

The rustic setting of the industrial harbor environment and the slaughterhouse right next door are perfect for creating an informal atmosphere and opening up the music to a wide audience in a festive and inclusive way. The music can already be heard when you stroll down Jægergårdsgade and follow the sound of something new. 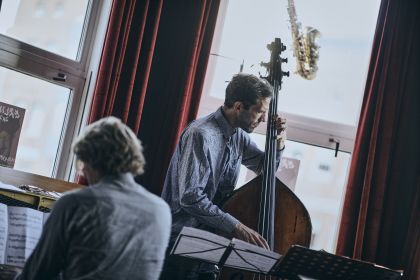 Autumn jazz for you - in Aarhus

There are good offers for jazz concerts in Aarhus this autumn 2020... 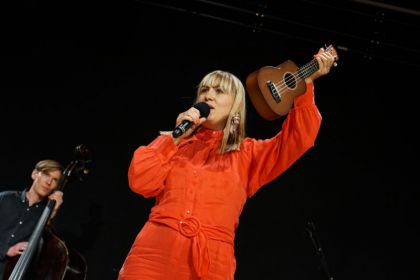 Winner of Børnejazzprisen 2020 has been found

Jorden Rundt med Malene Kjærgaard was the winner of JazzDanmark´s Børnejazzprisen 2020 at Dokk1 in Aarhus, 7. november....

Find your way around the program

This year it was not possible to make a printed program, so you will find the concert program online or via apps....

Now there is Summer Jazz!

There are more than 170 concerts throughout the city when Aarhus Jazz Festival presents Summer Jazz 2020 from 10.-19. July in Aarhus. It is ... 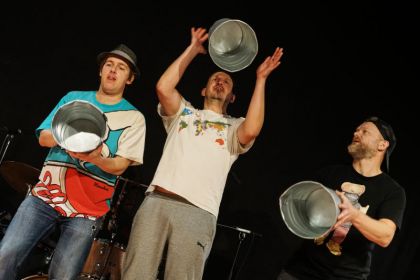