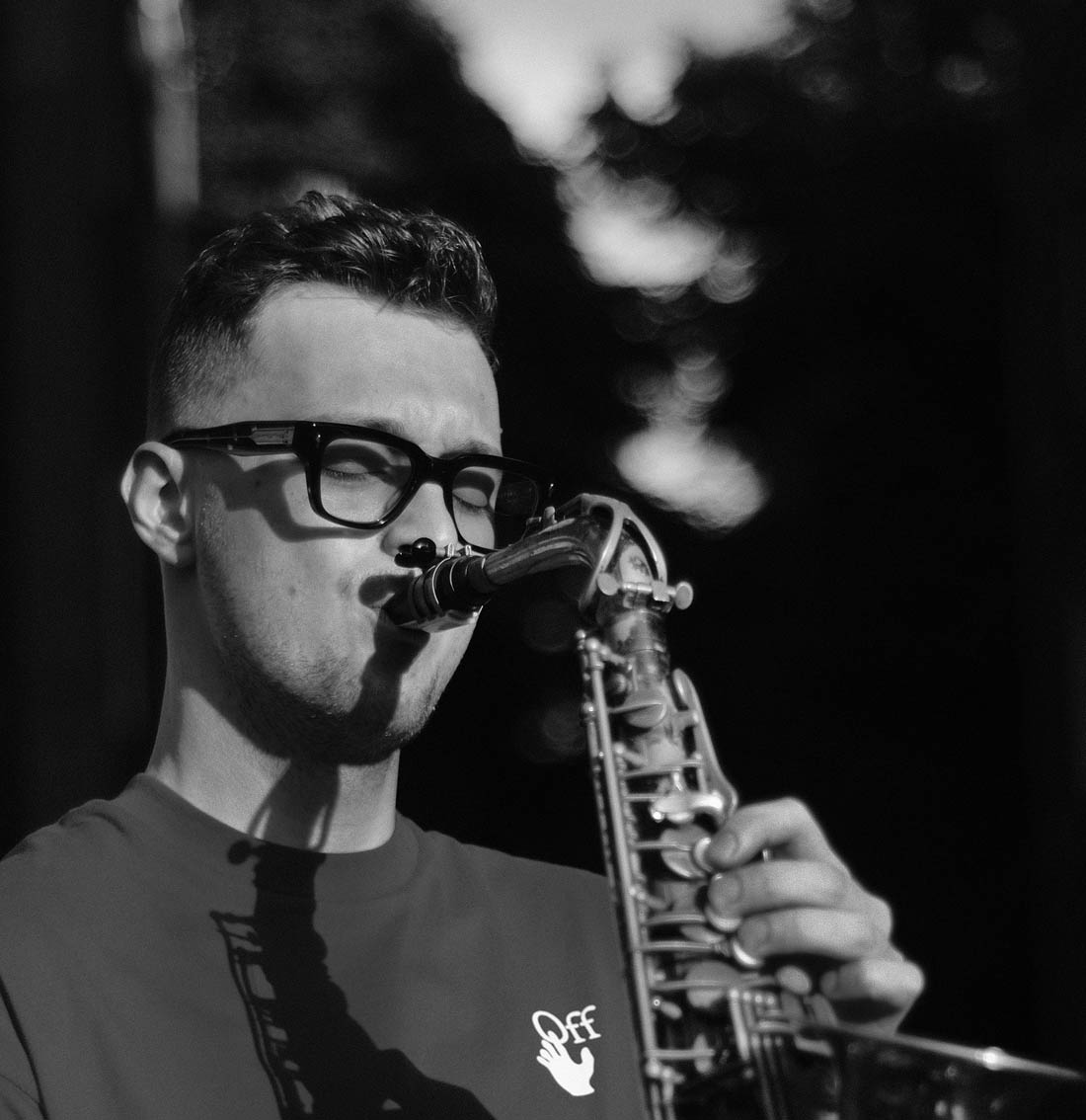 Young talents get together and create new music

The European Jazz Laboratory is a joint collaboration project between Hamburg, Aarhus and Groningen, which has been implemented annually since 2011 with regularly changing partners.

In the past years, Aarhus (DK), Talinn (EE), Barcelona (ES), Siena (IT) and Birmingham (GB) were further participating cities in this European project.

Each participating institution sends one or two talented young students, who then come together for a working phase in Hamburg and together develop an original repertoire under the guidance of a renowned jazz musician. This repertoire is then performed on the stages of the respective partner cities.

This year, in addition to the concert at JazzHall Hamburg, the European Jazz Laboratory will also play at the Swinging Groningen Festival (June 18) and the Aarhus Jazz Festival (July 9).

The band is coached this year by trumpeter and multi-instrumentalist Dr. Percy Pursglove. Percy studied at the Birmingham Conservatoire and then continued his studies at the New School in New York City. He has played with Evan Parker, Steve Swallow, Dan Weiss, Chris Potter, Django Bates, Bill Frisell, Amy Winehouse and Jamie Cullum and is the new trumpet player of the NDR Bigband since 2020.