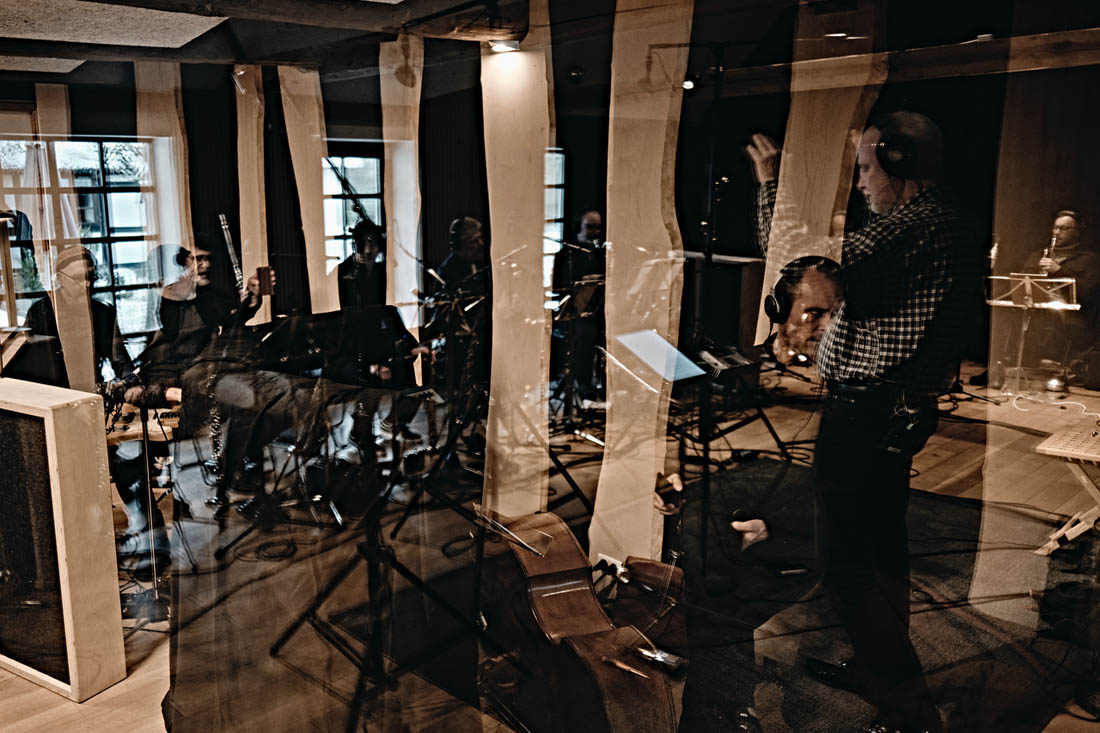 Experience It Takes All Kinds (To Make a World) at Musikhuset Swings - a collaboration between TipToe BigBand and saxophonist, composer, and arranger Fredrik Lundin.

On the title track of the newly recorded album – a tribute to diversity, biological as well as human – the love song of the last surviving Hawaiian Kaua'i'o'o bird becomes a grandiose, desperate song for the entire band and its soloists.

By contrast, in Walk With Me, My Friend, the band's bass clarinetist invites us on a long, contemplative hike through a (mostly) serene late-summer landscape of rippling rivers, whistling birds, buzzing insects, and wind in grass and leaves.

There's also music to imaginary black-and-white Polish films from the 60s and to Mervyn Peak's wondrously bleak novel trilogy Gormenghast. There's a hip-hop-influenced climate call to arms and a pretty and pleasant coral that turns inside out to show its true, darkened interior. There are odd instruments you very rarely encounter in a big band like a double bass clarinet, accordion, flugabone, dobro, electric saxophone, and synthesizers.

This is far from traditional big band music. It is a take on a new and different kind of music for a large ensemble, where you can risk encountering something unknown disguised as familiar.

Fredrik Lundin is one of Denmark's most renowned saxophonists. Since his debut in 1981, he has played and recorded with a wide range of Danish and international musicians, especially in jazz music.

He has recorded a total of 14 albums, all with his own music, including Choose Your Boots (2001) and Belly-up (2004) with Fredrik Lundin Overdrive. Both were awarded the Danish Music Award for Jazz Release of the Year.

For the album 5 Go Adventuring Again, which was voted Album of the Year 2018 by Jazz Special, he received a Danish Music Award as Composer of the Year as well as Carl Prisen in 2018.

In 2020, he received, together with Marilyn Mazur and Kasper Bai, a DMA for Jazz Release of the Year for the album Maluba Orchestra.

TipBoe BigBand's vision is to push the big band format by constantly seeking artistic challenges in different musical expressions and to renew the big band sound through creative musical collaborations that go beyond tradition. Thus, the band has released both electronic-based music and music for classical percussion and played concerts with Odense Symphony Orchestra, classical choirs, and a wide range of soloists from different musical backgrounds. In addition to a large number of concerts, TipToe BigBand also promotes musical education in and around Funen through various projects.

The musicians, musical director Torben Sminge, and the dedication of the regular musical organizers have been prominent in all projects ad contribute to intimate, personal, and outgoing expression. The band has played with acts such as Stacey Kent, Richard Bona, Lars Jansson, Anders Blichfeldt, Odense Symphony Orchestra, Dick Oatts, Tobias Trier, Steffen Brandt, Lars Møller, and Helle Hansen. In addition, they have collaborated with, among others, Odense International Film Festival (OFF) and Jam Days.

About Musikhuset Swings
Ridehuset Swings is moving out! - Due to a major construction project near Ridehuset, Aarhus Jazz Orchestra has expanded its collaboration with Musikhuset Aarhus and is excited to invite audiences inside to the brand new, yet completely familiar, Musikhuset Swings.

From July 13-16, jazz-loving festival-goers can enjoy community, food, and great musical experiences in the foyer of Musikhuset and in Musikhusparken – with free admission to all concerts. Aarhus Jazz Orchestra and Musikhuset Aarhus look forward to welcoming you to Musikhuset Swings.