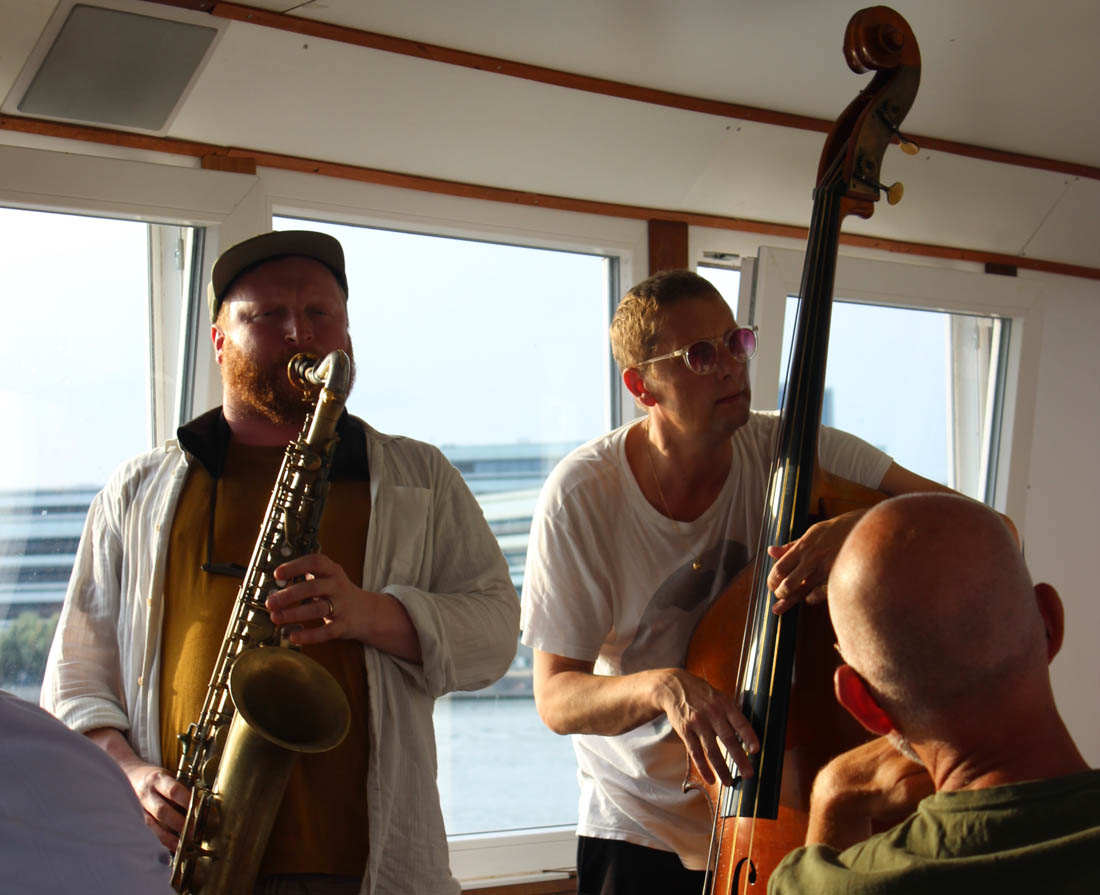 Modern jazz on board the Jazz Boat

Here's your chance to experience a concert with two seasoned modern jazz musicians as they once again perform together as a duo on their respective main instruments.

Ned Ferm on saxophone and Anders AC Christensen on double bass have been playing together for more than 20 years, which is why you can expect a concert with an established ensemble between the two internationally acclaimed musicians.

Ned Ferm left the US for Denmark in 2021 to study at the Rhythmic Academy of Music in Copenhagen. In addition to being a performing musician, he composes, produces, and teaches music.

He has played live with a myriad of big acts and appeared on several studio recordings with a wide range of musicians.

Anders AC Christensen has been active on the Danish jazz scene since the early 1990s but has also made his mark internationally as a bassist. He has also appeared in films, on numerous studio recordings, and composed music for films. In 2009 he released his first album under his own name.

Look forward to a unique musical and maritime experience onboard the Jazz Boat.