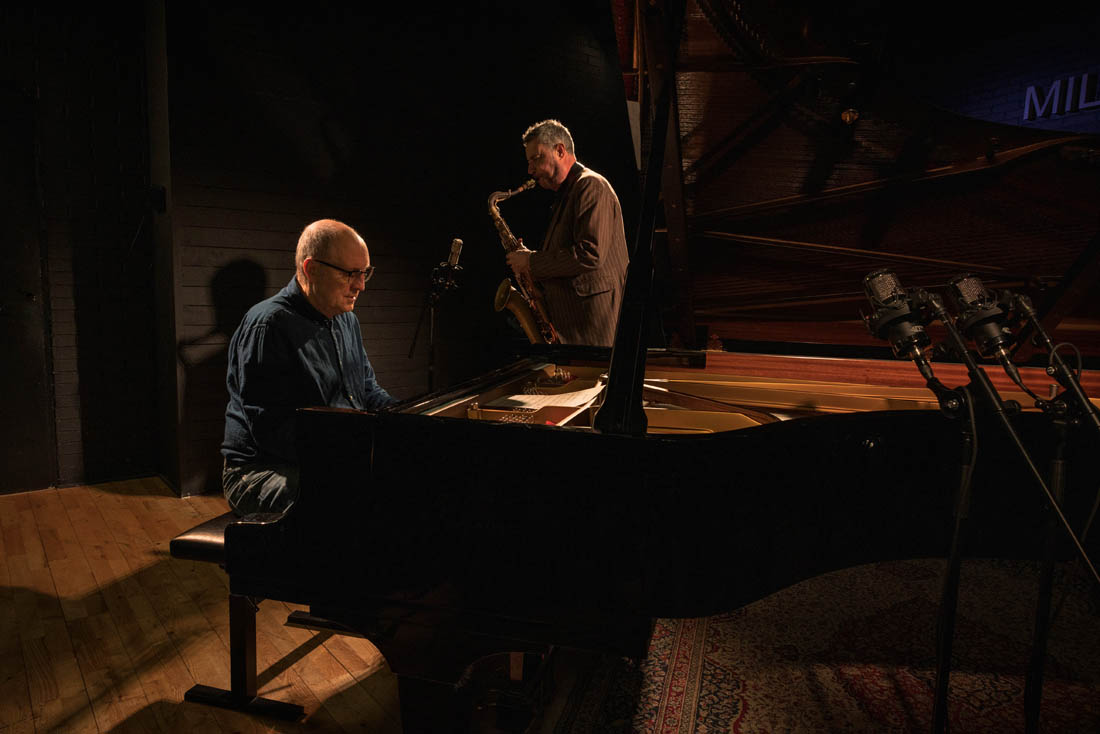 Immersion in the infinite depths of music

Lars Jansson and Thomas Agergaard are two heavyweights on the Danish jazz scene with a long collaboration dating back to the 1990s. This summer, the duo is releasing a new album, which is why the jazz festival has invited them to play a concert in the special surroundings of Aarhus Cathedral. The repertoire consists of music composed for this collaboration.

Lars Jansson is one of Scandinavia's most important jazz pianists with fantastic timing, touch, and technical skill few can match. Thomas Agergaard has been delighting audiences for decades with his captivating and personal saxophone playing in a wide range of contexts. Throughout their musical lives, both have dedicated themselves to a search for personal and honest expression through meditation and immersion in the infinite depths of music.

Agergaard's release Green Cities, recorded in 1995, was first released in May 2021 and has already reached two million streams. Green Cities was released as part of Agergaard's retrospective release series. The highlight of Green Cities is a Lars Jansson ballad The Great Belonging. Experience music from this release at the concert in Aarhus Cathedral.

The concert is part of this year's concert series in Aarhus Cathedral, which focuses on jazz music centered around the grand piano.