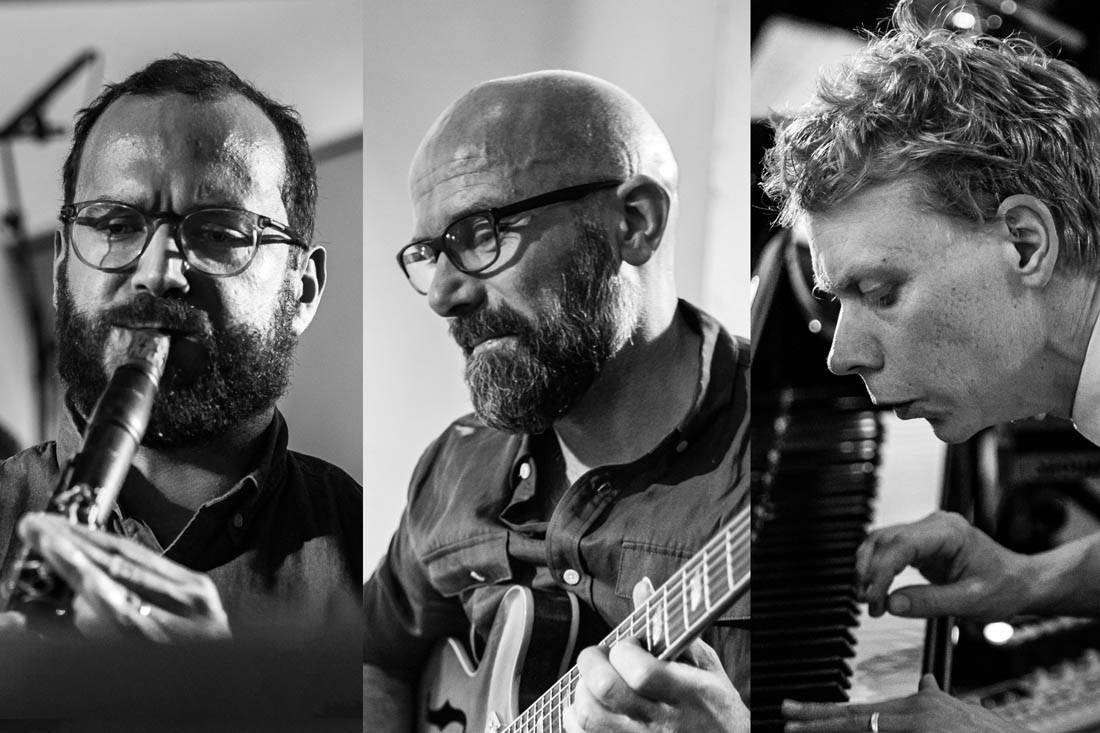 Danish-Argentinean guitarist Mark Solborg and Italian saxophonist and clarinetist Francesco Bigoni have collaborated on a number of acclaimed albums and projects on the Danish and European scenes in recent years, most recently including the albums Maniscalco/Bigoni/Solborg and Mark Solborg's TUNGEMÅL.

The musicians are preoccupied with delicate melodic spaces and cultivate an exploratory interest in musical conversations and ultra-dynamic interplay. It all plays out in an almost architectural playground of fine textures and sonic landscapes.

This afternoon they have invited pianist and keyboard wizard extraordinaire Simon Toldam to explore select works from their already extensive joint repertoire in the magical acoustics of Aarhus Cathedral. Among them are compositions from the current album Foil, which was recorded in the equally special acoustics of the "Il Ridotto" hall in one of the best-preserved opera houses in Italy.

"The melodies are beautiful, yet beneath them all you sense a hole straight to the infinite black unknown universe ... A disturbingly beautiful and ambitious tour de force."
Thomas Michelsen, Politiken (Five hearts)

The concert is part of this year's concert series in Aarhus Cathedral, which focuses on jazz music centered around the grand piano.