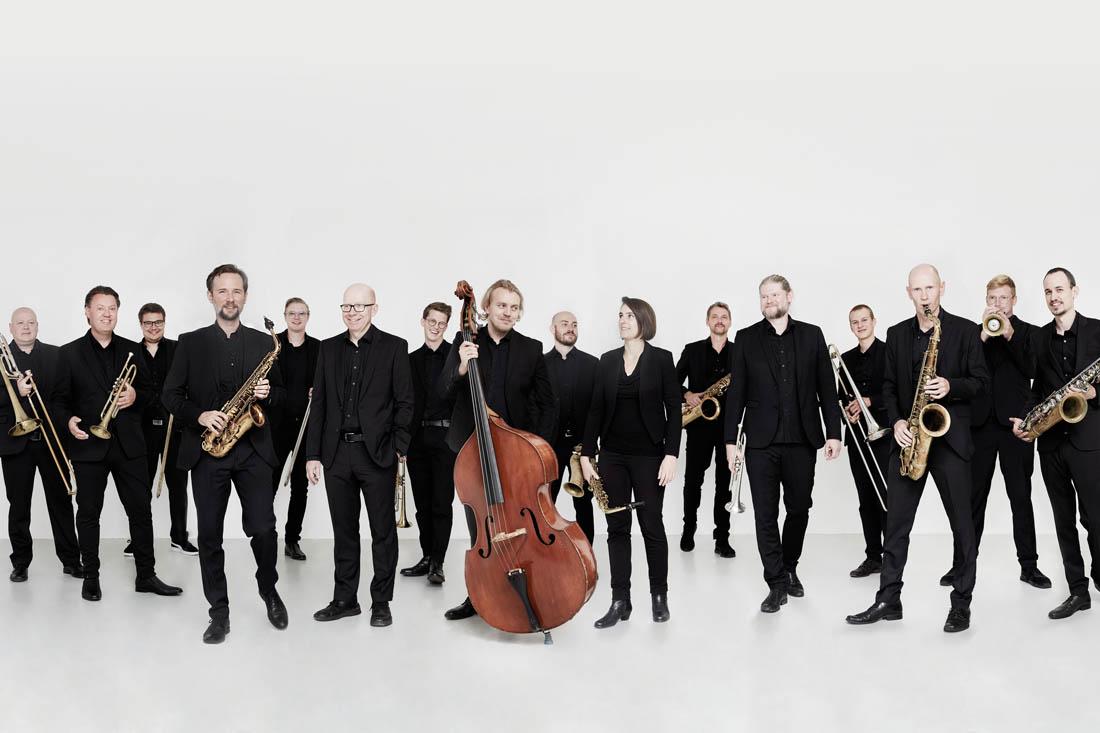 This year, the Aarhus-based big band pays tribute to Belgian jazz icon Toots Thielemanns. Toots is considered one of jazz's great personalities and the most virtuosic jazz harmonica player of the twentieth century. In 2022, he would have turned 100, which Aarhus Jazz Orchestra will celebrate by playing the best of his music in stunning arrangements by Marie Schneider and others.

The concerts feature the award-winning and critically acclaimed Mathias Heise on harmonica. Mathias has previously won the world championship in chromatic harmonica and in recent years distinguished himself internationally as a unique soloist and composer – including through his collaboration with DR Big Band.

The concerts are a magnificent tribute to jazz, the mouth harp, and, not least, Toots Thielemanns.

Aarhus Jazz Orchestra has existed since 1977 (formerly Klüvers Big Band) and consists of some of the best musicians on the Danish jazz scene. Over the years, the band has worked with some of the greatest jazz icons of our time, including Kurt Elling, John Scofield, Peter Erskine, Jamie Cullum, David Sanborn, Melody Gardot, Geir Lysne, David Liebman, and Dee Dee Bridgewater.

The band has received rave reviews for concerts and releases and has been nominated several times at the Danish Music Awards Jazz. In 2016, the group won the categories Danish Jazz Release of the Year and Danish Jazz Composer of the Year for Jakob Buchanan's Requiem, and in 2019, the group won the JazzDanmark Award, which honors the most innovative concert experience of the year. Since 1990, Aarhus Jazz Orchestra has delivered swinging big band concerts every year during Aarhus Jazz Festival under the title Ridehuset Swings, which has now moved to Musikhuset Aarhus with the new title Musikhuset Swings.

Mathias Heise won the world championship in chromatic harmonica at the age of 20. Four years later he received, as the youngest ever, the Ben Websterprisen award. Since then, his career has really taken off with several critically acclaimed releases, including the big band album The Beast with DR Big Band.

Ridehuset Swings is moving out! – Due to a major construction project near Ridehuset, Aarhus Jazz Orchestra has expanded its collaboration with Musikhuset Aarhus and is excited to invite audiences inside to the brand new, yet completely familiar, Musikhuset Swings.

From July 13-16, jazz-loving festival-goers can enjoy community, food, and great musical experiences in the foyer of Musikhuset and in Musikhusparken – with free admission to all concerts. Aarhus Jazz Orchestra and Musikhuset Aarhus look forward to welcoming you to Musikhuset Swings.