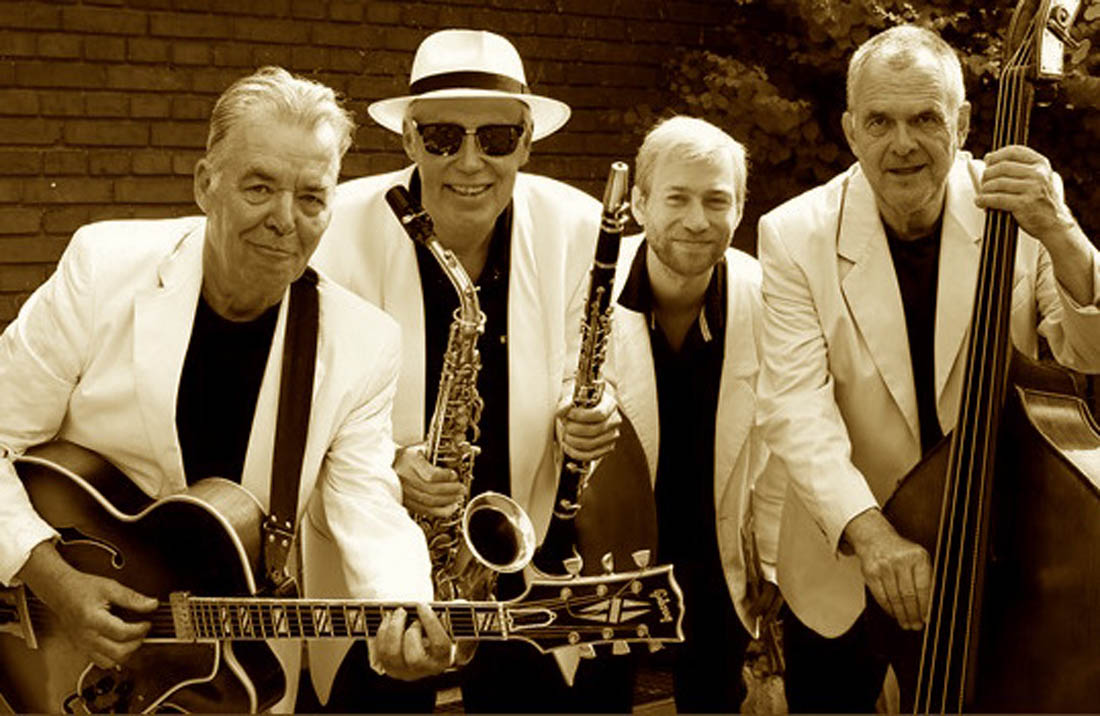 Bjarne Kuul Band plays swing music of the vintage kind, taking you back to New York, Chicago, and New Orleans of the last century – with danceable jazz, blues, boogie, jump, and jive.

Guitarist, singer, and entertainer Bjarne Kuul has been performing on European jazz scenes for more than half a century with his own band under the name Bjarne Kuul Band, which has earned a reputation for infectious live performances and professionalism.

In addition to clubs, festivals, and private parties, the band has found a special niche among the many young Lindyhop groups who practice this festive dance style, which could be experienced in the hot clubs of New York when jazz peaked as dance music.

On this occasion, Aarhus Hostel has invited the Aarhus Lindy Hoppers to show what they've got.

With the Lindy Hoppers and Bjarne Kuul Band, music and enjoyable dancing merge into a festive show that everyone can join. 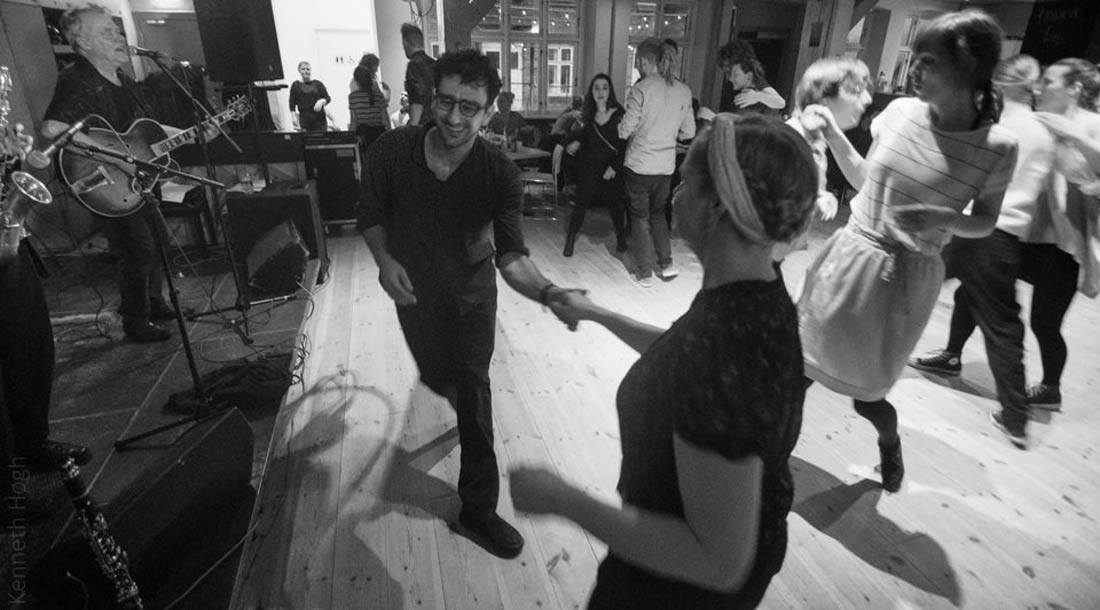