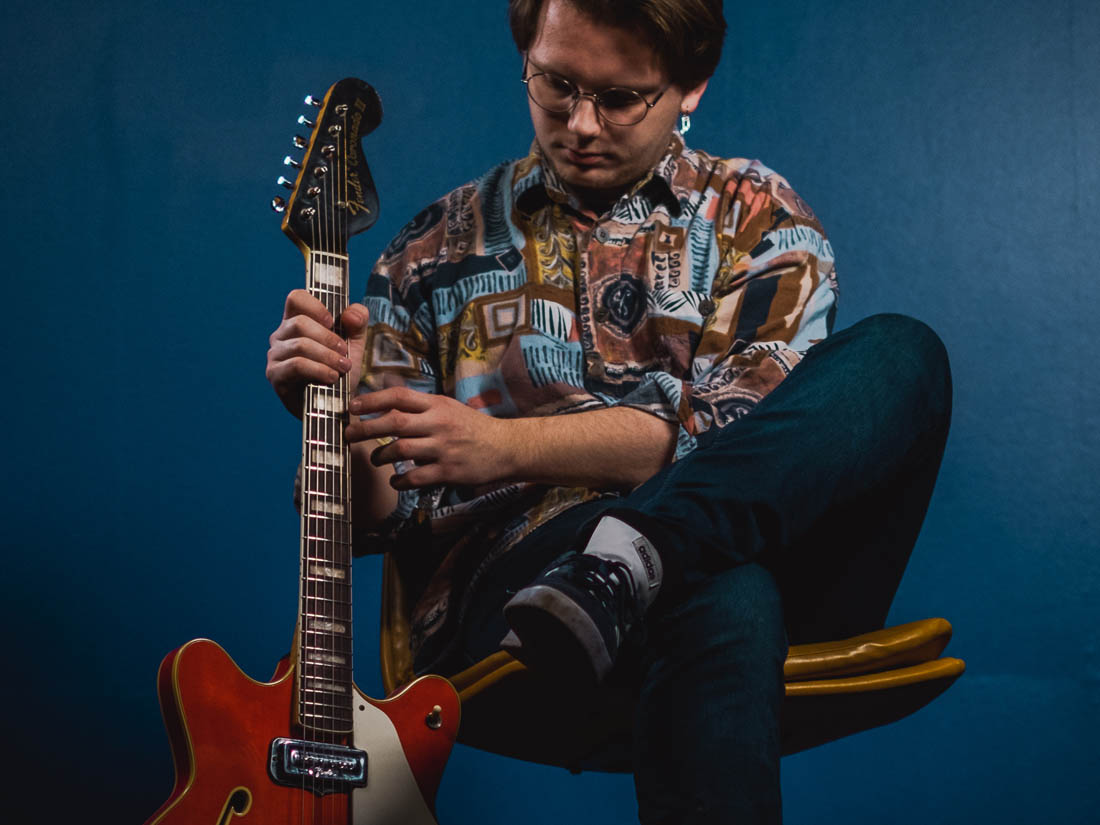 Casper Hejlesen is a young guitarist and composer from Northern Jutland. At the age of 22, he has received several awards, including Årets Nordjyske Jazznavn 2019, Klaverstemmerens Musikpris 2019 and Spar Nord Hjørring Kulturpris 2016.

Casper now lives in Amsterdam and has performed in countries such as Germany, France, the Netherlands, Lithuania, Sweden, and Denmark.

In 2020, he released his critically acclaimed debut album Overture, featuring some of the most talented artists on the Danish jazz scene. The album describes growing up in idyllic North Jutland but also evokes the chaotic life in which artists often find themselves.

On this night, Casper Hejlesen will be accompanied by two young super talents from the Danish jazz scene – Samuel Kiel on bass and Nikolaj Bangsgaard on drums.

Casper's style is hard to define. He draws inspiration from the Scandinavian, atmospheric and sometimes avant-garde vibe, but he also finds plenty of inspiration in indie artists like Andy Shauf and Mac DeMarco.