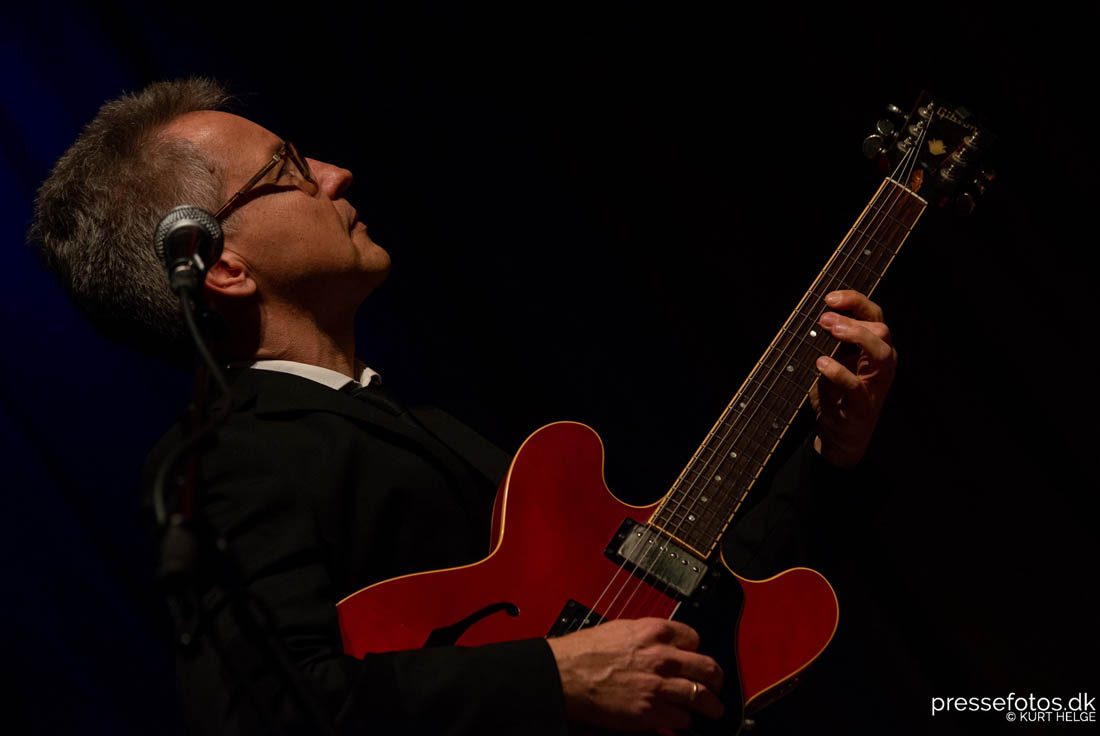 Kwella Trio loves groove, swing, and nerve and values ensemble, interaction, and unpredictability. The repertoire will include a mix of hard-swinging jazz standards, funky grooves, and Kwella's original tunes.

All three musicians have been a part of the Danish jazz scene for many years and their combined years of experience creates an intense interplay and a personal expression.

Kwella has released seven albums of his own. Critics have written:

"Jens Christian Kwella masters a fit and richly faceted style of playing and his compositions reflect a musician with a sense of both the big picture and the detail".

Jens Christian Kwella is a lecturer in guitar at the Royal Academy of Music in Aarhus and regularly works in Scandinavia, Italy, and South Africa.

Matias Fischer is a rising star in Danish jazz and has just completed the soloist class at the Academy. He was nominated for a DMA Jazz 2021 for release of the year and has composed grooves for Danish Radio's Big Band and Aarhus Jazz Orchestra.