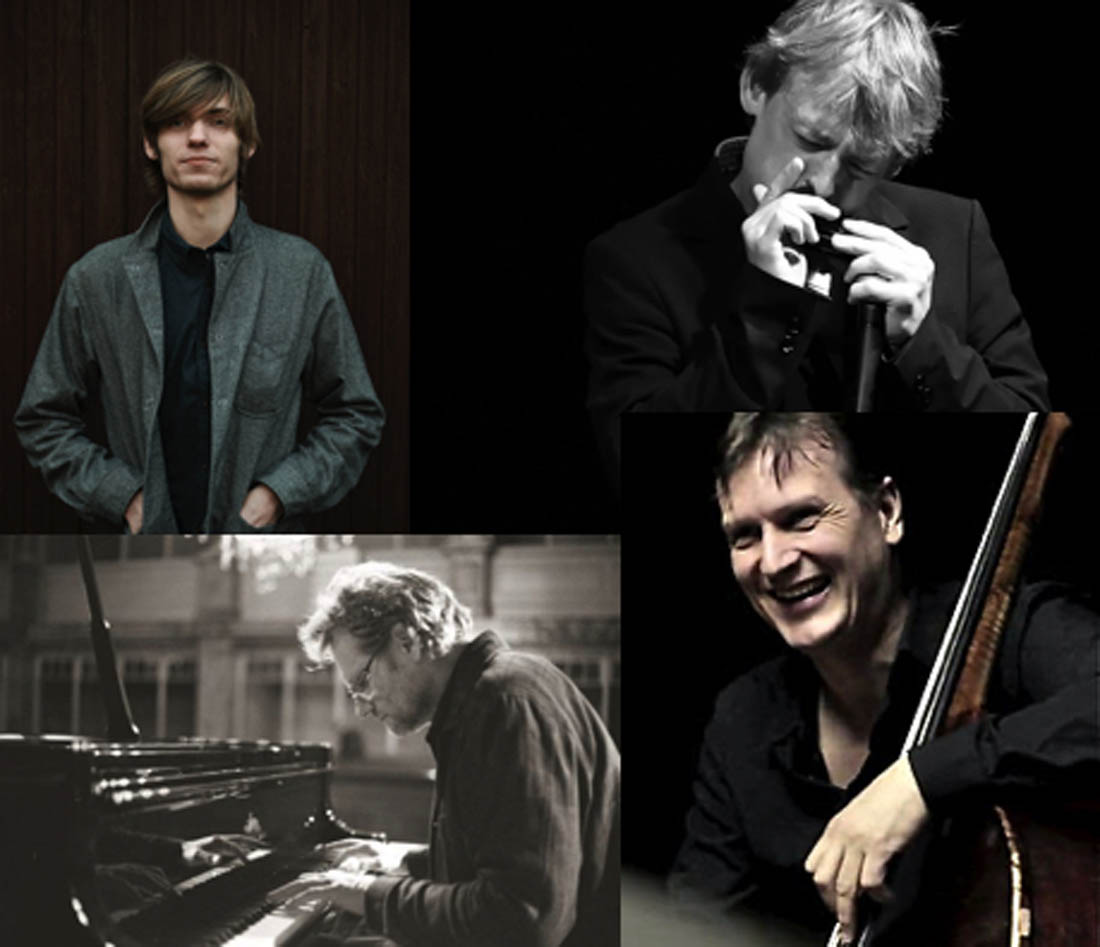 Mathias Heise is a virtuoso on his harmonica. In 2013, at just 20 years old, he was named world champion in chromatic harmonica. In 2012, he formed Mathias Heise Quadrillion, who managed to create a different, unique, and deeply personal contemporary expression, combining the harmonies and improvisation of jazz with the hard-hitting rhythms of rock and funk music. He also played with the world-renowned composer and pianist Bent Fabricius-Bjerre at his last public concerts in 2018 and 2019. Mathias has released three albums of his own.

Nikolaj Hess is one of the most frequently used pianists in both Danish and international contexts. He has released Nikolaj Hess Micro Chapters and Nikolaj Hess Rhapsody, won the 2014 DMA Award for Jazz Release of the Year for Music for Mum and Dad with 3xHess, and played his music in Lars Von Trier's film Melancholia.

He has also been very active recording and performing with Nikolaj Hess Trio, Hessismore, Hess/Skou, and Caroline Henderson, and has played with the likes of Lee Konitz, Benny Golson, and Etta Cameron.

Jens Skou Olsen is a Danish double bass player, composer, and writer. Known for exploring creativity, consciousness, and leadership, he is a professional performer with an extensive international composing and touring record and works as a lecturer in the artistic majors at the Rhythmic Music Conservatory in Copenhagen. He has performed with artists such as Lee Konitz, Chris Cheek, Etta Cameron, Hank Jones, and Marie Bergman, and has appeared on numerous CDs.

Mikkel Vuust is one of the country's most talented young drummers. Despite his young age, he has played with the likes of Jakob Fisher, Uffe Steen, Henrik Gunde, and Sinne Eeg. He studies at the Manhattan School of Music in New York and is currently releasing the album Further To Fly with 5 x Vuust.