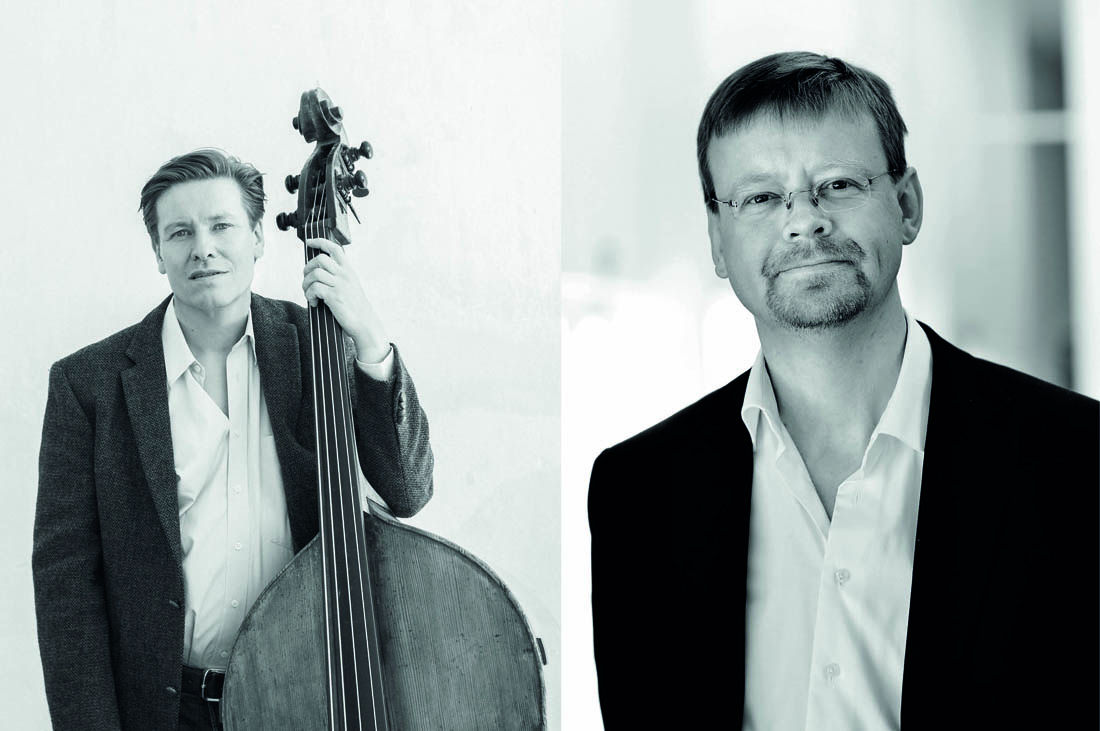 Look forward to a wonderful concert in the company of pianist Hans Esbjerg and bassist Peter Vuust. This afternoon features tunes from their CDs under the name Pop'n'jazz, where they play jazz across a repertoire taken from the world of pop, including songs by Sting, Prince, and The Beatles.

Over the years, Hans Esbjerg has performed with the likes of KIüvers Big Band, Butch Lacy, Jens Winther, Thomas Fryland, and Roy Willams, and has released the album Pop'n'jazz as a solo artist. Together with saxophonist Christian Vuust, he also forms Den danske salmeduo, which reinterprets Danish hymns with inspiration from American jazz improvisation. Hans Esbjerg's piano work is highly lyrical and melodious.

Peter Vuust is a professor at Aarhus University and the Royal Academy of Music, director of the Center for Music in the Brain, and one of the country's most sought-after sidemen. He has appeared on more than 100 records and with international jazz stars such as Tim Hagans, Mal Waldron, Ted Curson, and Jukkis Uotila. Peter Vuust is known for his groovy and responsive backing as well as extremely melodic solos. He has released seven albums as a composer and bassist, most recently Further To Fly, which came out in April 2022 with the family band 5 x Vuust. He has also been nominated for a DMA for the CD September Song.