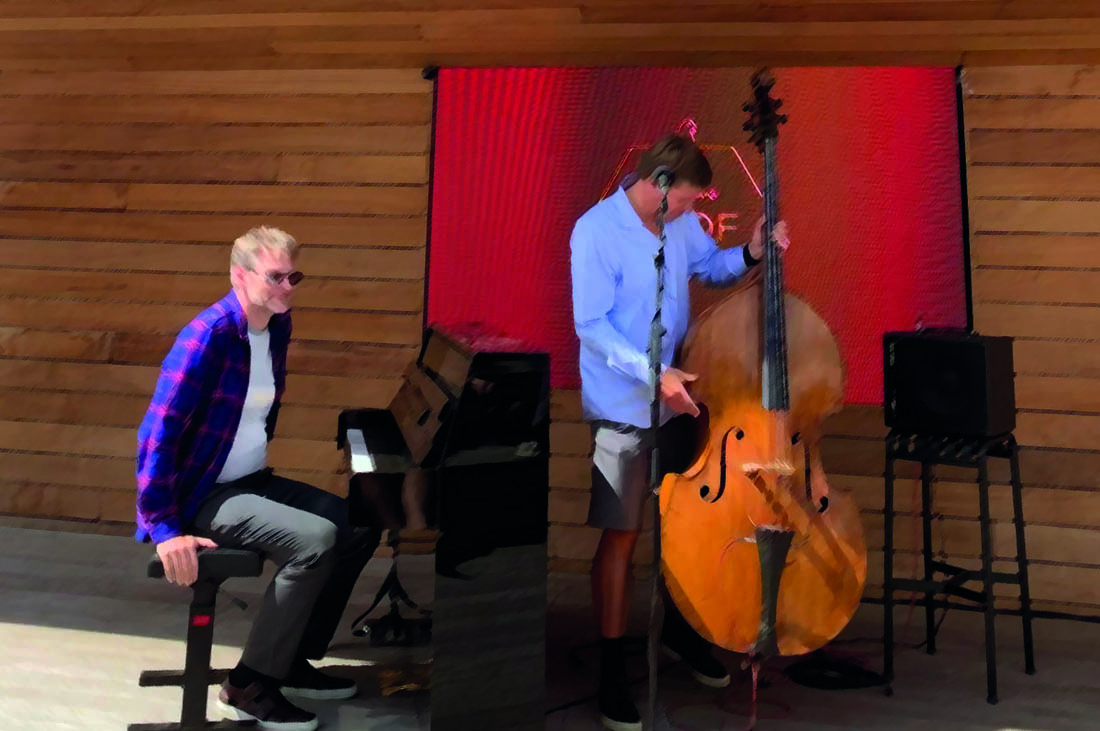 This afternoon concert features a wonderful duo concert with Peter Vuust and Nikolaj Hess. Over the years, they have played in all kinds of constellations, but at Salling ROOFTOP, they will perform both standards and their own compositions as a duo.

Nikolaj Hess is one of the most widely used pianists in both Danish and international contexts. He has released Nikolaj Hess Micro Chapters and Nikolaj Hess Rhapsody, won the 2014 DMA Award for Jazz Release of the Year for Music for Mum and Dad with 3xHess, and played his own music in Lars Von Trier's film Melancholia.

He has also been very active on the recording and concert front with Nikolaj Hess Trio, Hessismore, Hess/Skou, and Caroline Henderson, and has played with the likes of Lee Konitz, Benny Golson, and Etta Cameron.

Peter Vuust is a professor at Aarhus University and the Royal Academy of Music, director of the Center for Music in the Brain, and one of the country's most sought-after sidemen. He has appeared on more than 100 records and with international jazz stars such as Tim Hagans, Mal Waldron, Ted Curson, and Jukkis Uotila.

Peter Vuust is known for his groovy and responsive backing as well as extremely melodic solos. He has released seven albums as a composer and bassist, most recently Further To Fly, which came out in April 2022 with the family band 5 x Vuust. He has also been nominated for a DMA for the CD September Song.