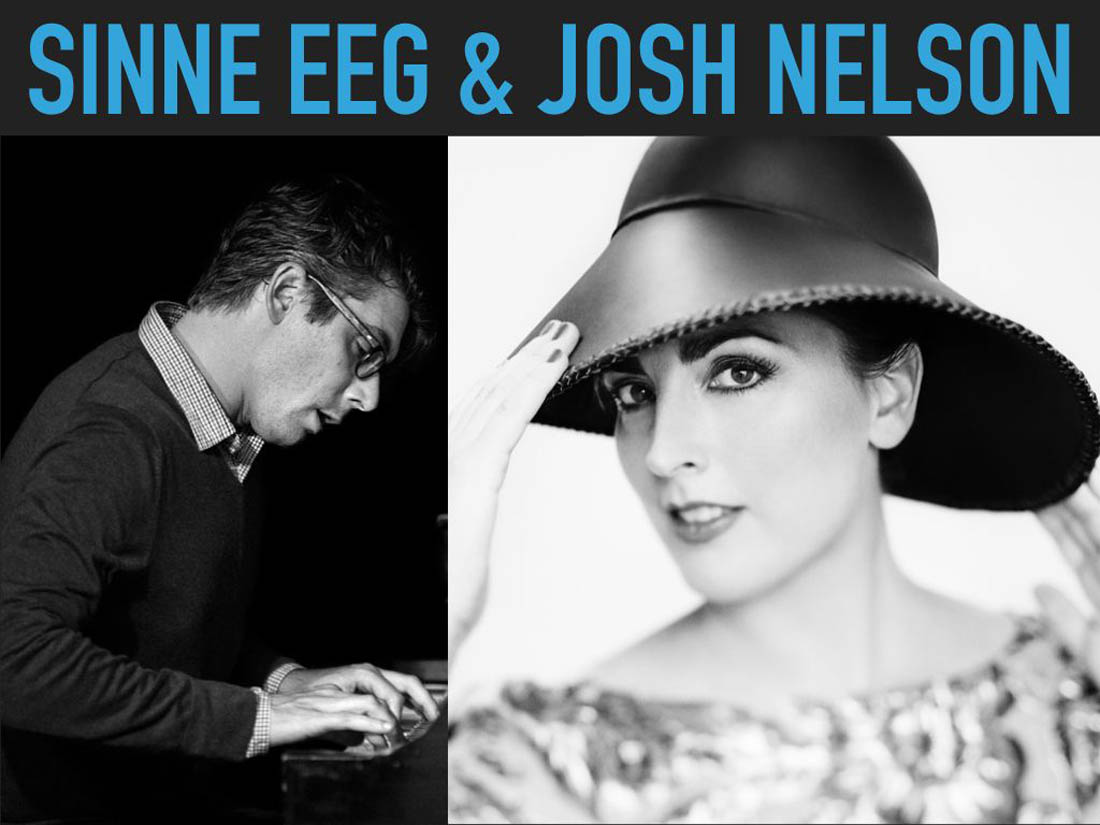 One of Europe's best jazz singers, Sinne Eeg, has invited the American star pianist Josh Nelson to a concert series in Denmark.

The two musicians' collaboration began during one of Sinne Eeg's many stays in the US, where they tested their magic as a duo. After a successful tour of Denmark in 2021, they will now play at Dokk1 during the Aarhus Jazz Festival.

Both Sinne Eeg and Josh Nelson have reached a technical and musical level where almost anything can be done. The playful artists unfold on an almost boundless musical playground with swing sets and merry-go-rounds. So there is every reason to expect a jazz concert of the highest international standards.

Josh Nelson is an award-winning American pianist, composer, teacher, and studio musician who currently lives in Los Angeles. He has recorded music for a range of films and TV productions and released several albums. Josh has performed with icons like Richard Galliano, Benny Golson, and John Pizzarelli, toured with legendary vocalists like Natalie Cole and Kenny Washington, and accompanied a host of the most respected names in jazz, including Sheila Jordan and Kurt Elling.

Over the years, Sinne Eeg has cemented her position as one of Europe's greatest jazz singers. With frequent tours and releases in the USA, France, China, and Japan, she has a large and steadily growing fan base, including far beyond Denmark's borders. She has received glowing reviews in Downbeat and The Guardian, among others. In Denmark, Sinne Eeg has received many accolades, including Ben Webster Prisen, DR Jazz Prisen, Queen Ingrid's Honorary Scholarship, and five Danish Music Awards for Best Vocal Album, most recently in 2020 for her stunning album We've Just Begun with DR Bigband.

Sinne Eeg can now be called a Danish world star of vocal jazz. So it probably comes as no great surprise that our Danish star singer will now be playing with one of the great American artists' favorite accompanists.