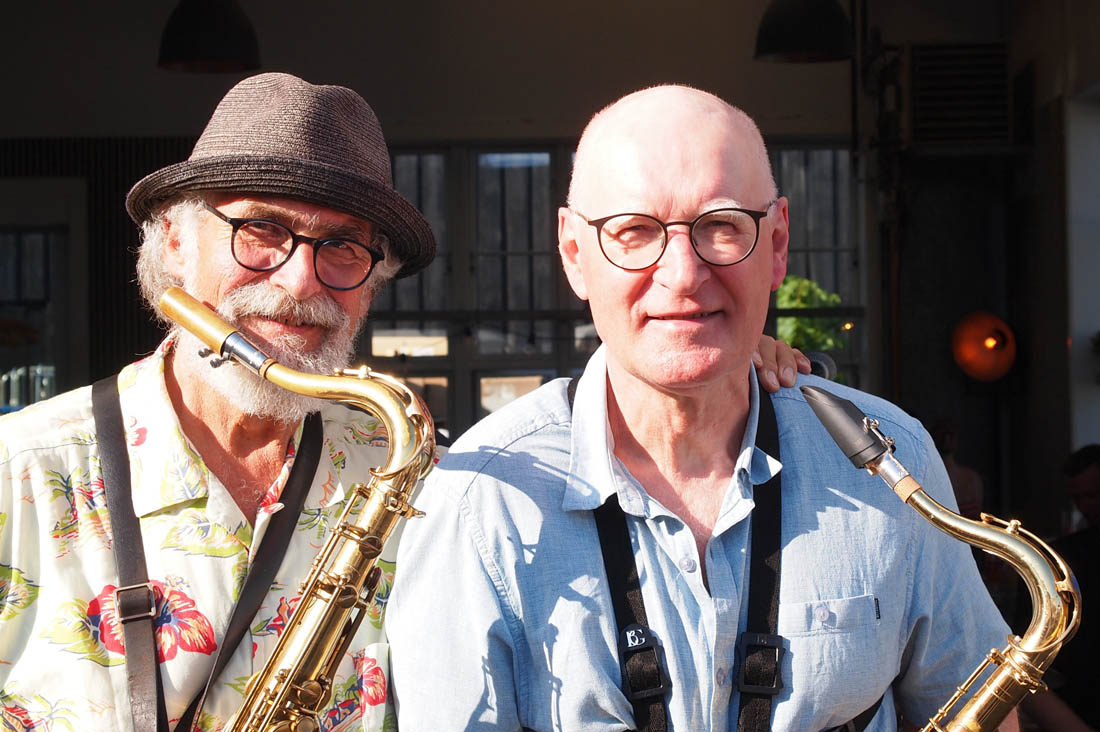 Tough Tenors is a tribute to bands with two tenor saxophones from the 50s and 60s.

Jens Klüver, former leader of Klüvers Big Band for 35 years, has more recently devoted himself to his work as a jazz musician in duo, trio, and quartet formats, as well as performing as a soloist and conductor for big bands.

Finn Odderskov has been part of the jazz scene in Aarhus since the 1960s. Finn Odderskov has played as a soloist with small groups and as a regular member of Arosia, Bourbon Street, Peder Pedersen's Big Band, and Klüvers Big Band.

Pianist Esben Tjalve trained at The Royal Academy Of Music in London and has now settled in Aarhus after 17 years in England. Esben has released two CDs with his international group Red Kite.

Torben Bjørnskov is a versatile bass player who has played with both international soloists and Danish groups. He recently released a CD of his own compositions, Human Being Human.

Gustav Hagelskjær is a young drummer studying at the Royal Academy of Music. Gustav has played with Thursty Night Big Band, and Danish Youth Jazz Orchestra, and is co-founder of Kosmos Trio.