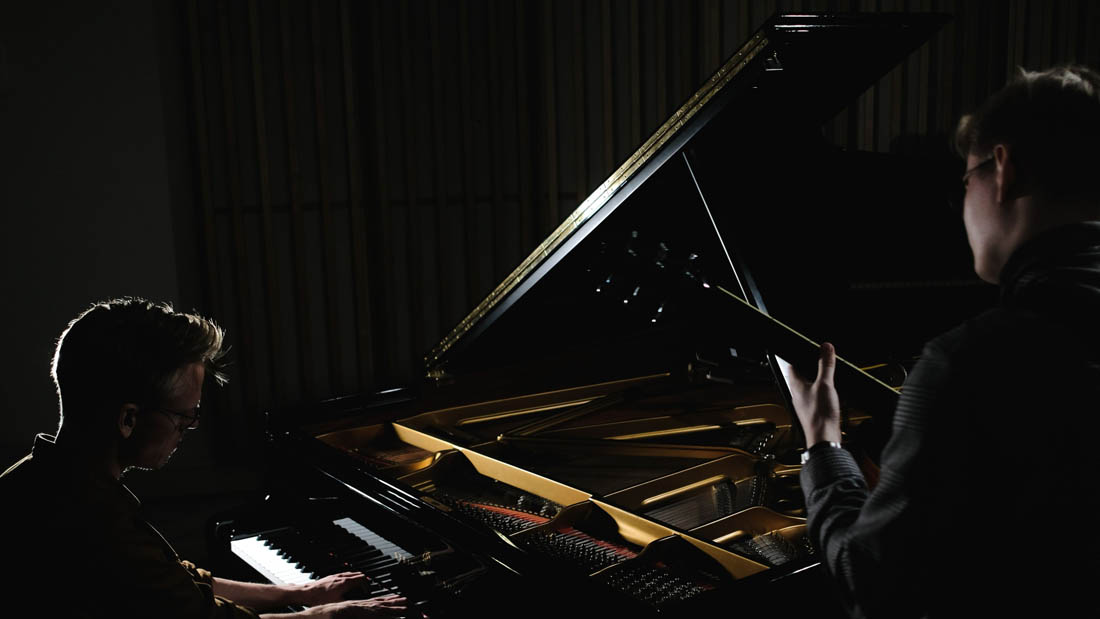 A concert with Djursaa/Hjorth is an intimate and close encounter between American jazz tradition combined with original compositions rooted in European classical music and the lyrical Nordic tone.

The duo takes the listener on an original and rewarding journey consisting of familiar beautiful melodies and exploratory improvisation, which contributes to each concert being a new experience.

Djursaa/Hjorth consists of Jacob Djursaa on guitar and Dan Hjorth on piano. Over the past seven years, the duo has played on many of the major Danish jazz stages, jazz festivals, cafés, and private events with great success.