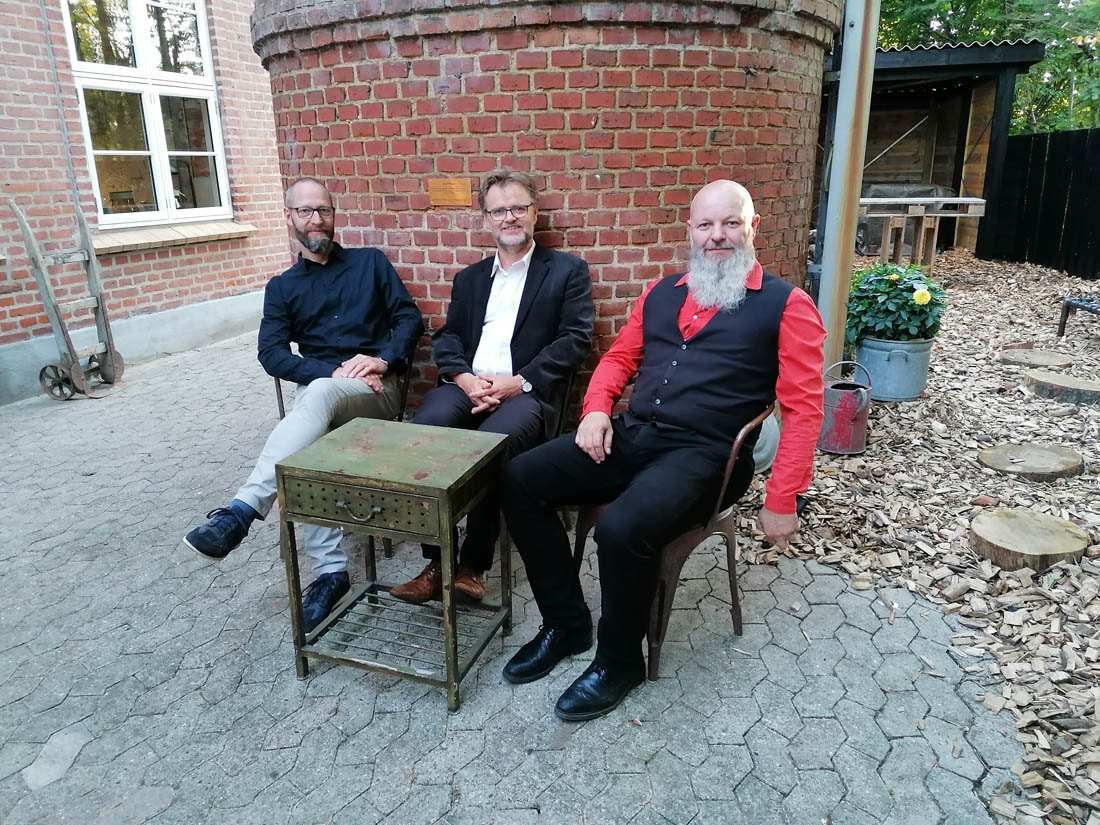 As if Garner himself were there...

Errol Garner, the great American jazz pianist and melody interpreter by the grace of God, would have turned 100 in 2021.

Gunde On Garner has been around since 1995, and the trio's dedicated goal is to play in Garner's spirit, but with their own arrangements of both Danish and international songs.

Starting with a good tune, regardless of whether it comes from the world of jazz, rock, or pop, Gunde On Garner approaches a style the master himself might have had if he had lived today. And yet, with Henrik Gunde, one of the country's busiest jazz musicians, at the helm, they also very much have their own take on things, carried along by Nicolas Kock and Karsten Bagge's creative, swinging, and energetic playing.

In celebration of the 100th anniversary of Garner's birth, Gunde On Garner performs a special anniversary show that both pays tribute to Garner's distinctive swing and style while surprising with their choice of songs and an outgoing joy of playing that lets the music take you somewhere new every time.

Gunde On Garner has released three feel-good albums on STUNT Records: Songs that could have been played by Erroll Garner - if he had only known them... (2007), GOG Plays Bent Fabric (2009), and Live at Jazzcup (2011).

Henrik Gunde. Permanent pianist in DR Big Band since 2004. Fits into almost all formats and styles and is a much-used sideman for various artists like Jan Harbeck, Erik Grip, Helle Hansen, Janne Mark, Katrine Madsen, and others. In 2012, he released his only self-titled album to date, NOW!  Also plays regularly with the Tivoli Bigband. Recipient of the Ben Webster Prisen 2018 and the Palæ Bar Jazzprisen 2015.

Nicolas Kock. Bass player in various contexts, including his own quintet and Jazz Cats. Since 1990, he has been the driving force behind the teaching of young talented musicians at the Danish National Academy of Music and Kulturskolen/MGK in Esbjerg. Has also used his extensive practical musical experience and theoretical/historical knowledge for many years to establish a long series of tribute concerts to some of jazz's many great names, with theme nights on Clark Terry, Oscar Peterson, Gerry Mulligan, Count Basie, and others.

Karsten Bagge. Drummer who has been a regular collaborator with Thomas Clausen, Jørgen Emborg, Bob Rockwell, Schackmates, and others, for the past two decades. Has also performed with DR Big Band, Tivoli Bigband, Klüvers Bigband, and Monday Night Bigband, Malmö. Has also released two albums as a bandleader: KB Project Enfant Terrific (2010) and Trio Unity Current(2012), the latter with two American world stars Kevin Hays (p) and Scott Colley (b).