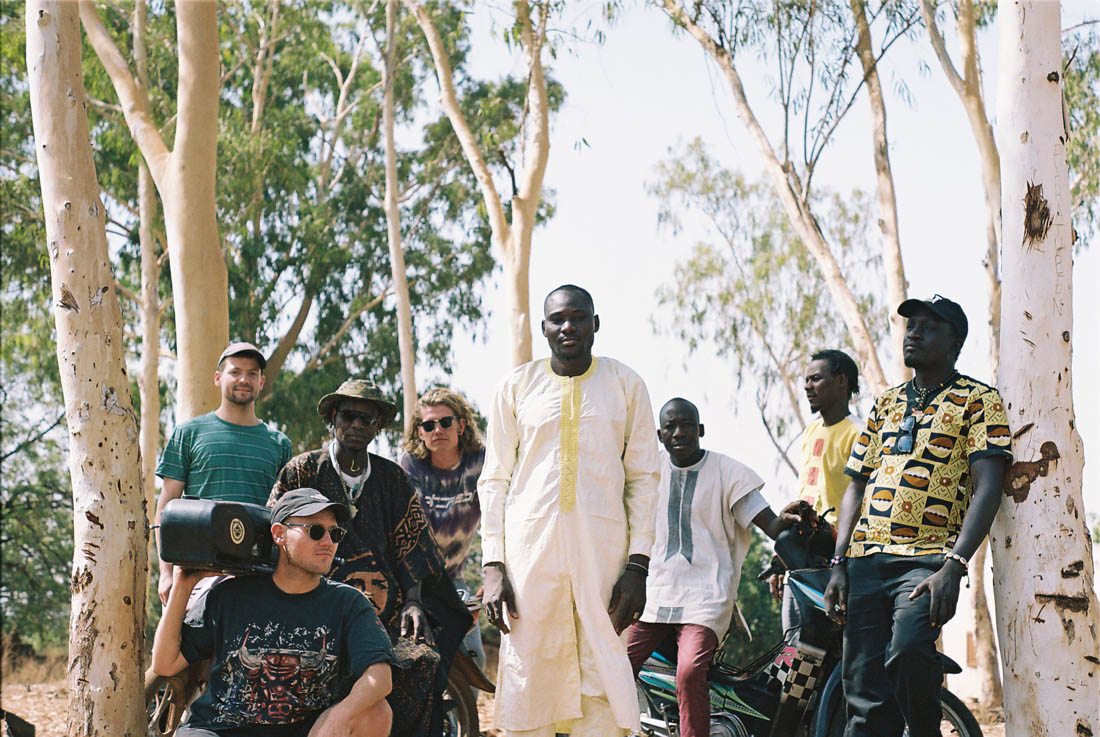 A musical meeting between Mali and Denmark

The name Faratuben is a combination of the words Farafin (black) and Toubabu (white), reflecting the musical meeting between the outstanding musicians from Mali and Denmark.

Instead of playing traditional kora music, as we know from Toumani Diabaté and Salif Keita, the group represents the music of the Bobo.

Bobo music is made for dancing and drinking and is traditionally played on a balafon (West African marimba) and accompanied by talking drums in the villages. In the early 2000s, the music was electrified and brought to Bamako, where it continues to be played in clubs in a raw and unpolished manner.

It was the legendary guitarist and composer Francois Pakouene Koita who transformed the music into modern instruments and brought it to the capital. Here, he taught his sons, Dieudonne (bassist, guitarist, and composer) and Ernest (lead guitar), to play their traditional music with a modern twist. Together with their older brother, award-winning balafon player Kassim Koita, they arranged and recorded for Ben Zabo. He was the very first Bobo artist to ever be played on national radio and his debut album was released on the prestigious world music label Glitterbeat.

The musicians toured Europe extensively but went their separate ways after returning home. In 2015, Dieudonne, the youngest brother, made some new friends from Denmark. They met by chance at the first edition of the Bamako Jazz Festival, where there was instant chemistry.

In 2016, they formed Faratuben and released their first two singles, which quickly gained attention in Mali. However, the great distance prevented the group from maintaining a continuous workflow and making a full album. Instead, the Danish part of the band decided to leave Denmark and move permanently to the West African capital. Here, they have refined their personal sound, which draws on traditional Bobo but is modernized with synths and a club feel.