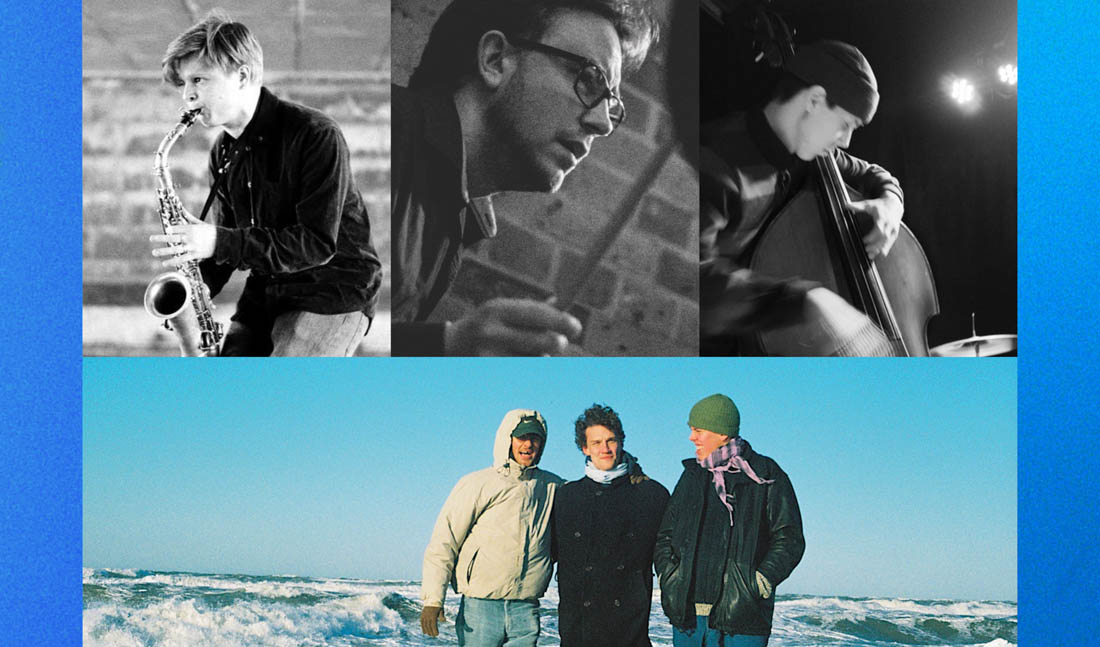 Halfdan Stefansson Trio shares love and respect for music and its greater essence.

The band's music is based on the present moment and is interpreted openly and playfully. The songs reflect the ups and downs of life and are based on feelings of joy, sadness, uncertainty, and love. Here, the music can be both beautiful and seeking while also being ugly and angry, but always carrying strong energy.

The trio's sound is influenced by jazz tradition, in this case with a more lyrical and minimalist approach and sound, strongly inspired by artists like Paul Motian, Jakob Bro, and Albert Ayler, while also including names like Radiohead, Björk, and The Strokes.

Tom-Nissen-TB. Since his arrival in Berlin at the end of 2017, Danish alto saxophonist Asger Nissen has built a solid name as an in-demand musician on the German jazz scene.

His strong personal sound and energetic, inquisitive style have led to collaborations with a wide range of musicians from the European jazz scene. In addition, he has toured Europe and performed at numerous clubs and festivals. Before his time in Berlin, Asger Nissen was an active part of the Copenhagen jazz scene, among others with the award-winning band ALAWARI!

In 2021, Asger Nissen received the JIB Jazzpreis der Karl Hofer Gesellschaft as outstanding soloist and won the main prize at the Avignon Jazz Festival 2021 with the band STRUCTUCTURE.

Bassist Thorbjørn Stefansson grew up in Aarhus, but studied jazz for two years at Skurups Folkhögskola in Sweden and then at Jazz-Institut Berlin, where he quickly became an integral part of the jazz scene. Since then, he has played with several major German and international acts. In 2021, he received the JIB-Jazzpreis for outstanding soloist.

Drummer Kasper Tom has established himself on the European improv and avant-garde scene over the past 15 years, not least as the frontman of the bands FUSK and Kasper Tom 5, but also as a sideman in various ad hoc projects. He is part of the critically acclaimed Barefoot Records collective and has 20 releases under his belt.

At the end of the concert, the two bands will perform together as a double trio in an explosive clash between their two musical universes. Here, the music will be created spontaneously with the musicians working at full speed.