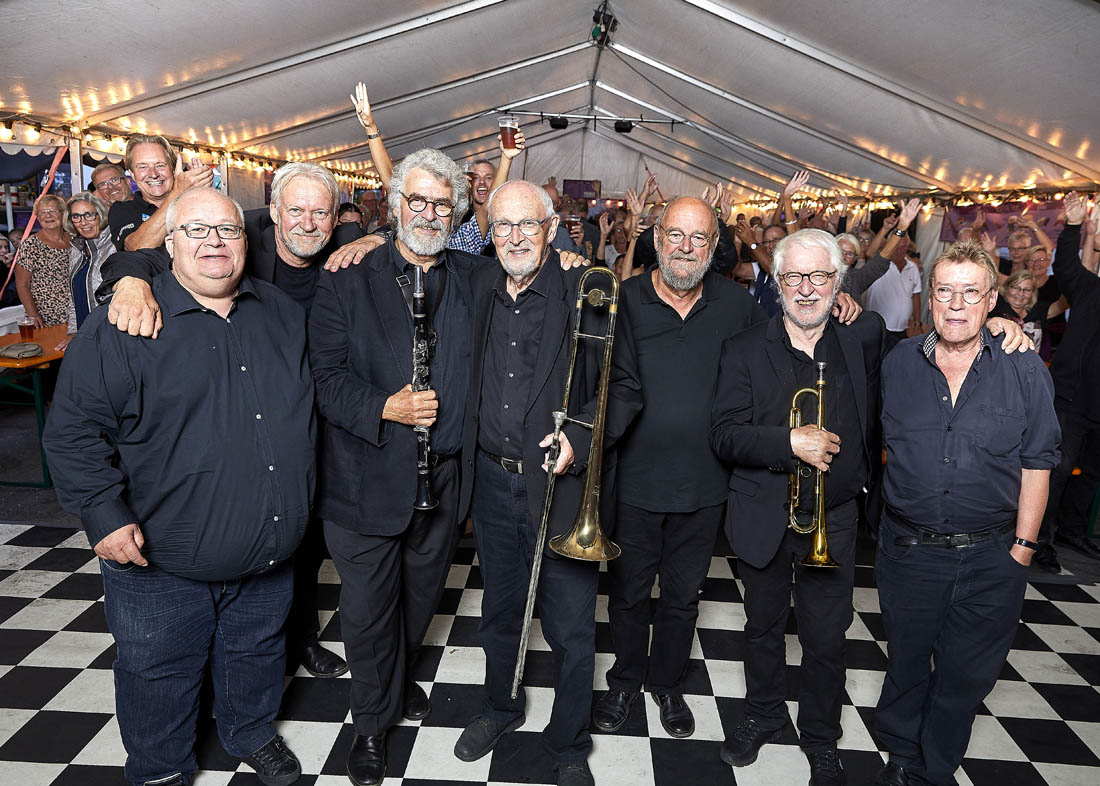 Everyone deserves a great jazz band ...

Since 1956, Bourbon Street Jazzband has been at the top of Danish traditional jazz and has performed in most parts of the world. Most recently, they performed in Spain in 2018 and 2019.

Still avoiding the use of assistive devices such as wheelchairs and disability lifts, the Silkeborg band has rolled out for its 66th season.

The motto "Everyone deserves a great jazz band" still applies, and the recipe for a long and happy life in the service of jazz is still hand-played New Orleans jazz, swing, boogie-woogie, and blues in cool, original arrangements. And not least a good dose of humor.

The band's founder Gerhard Ellerbæk is still on board, and over the years, Bourbon Street Jazz Band has performed with stars such as LeRoy Jones, Monty Sunshine, Mr. Acker Bilk, Al Grey, Otto Brandenburg, Jesper Thilo, Adrian Cox, Olivier Franc, and many others.