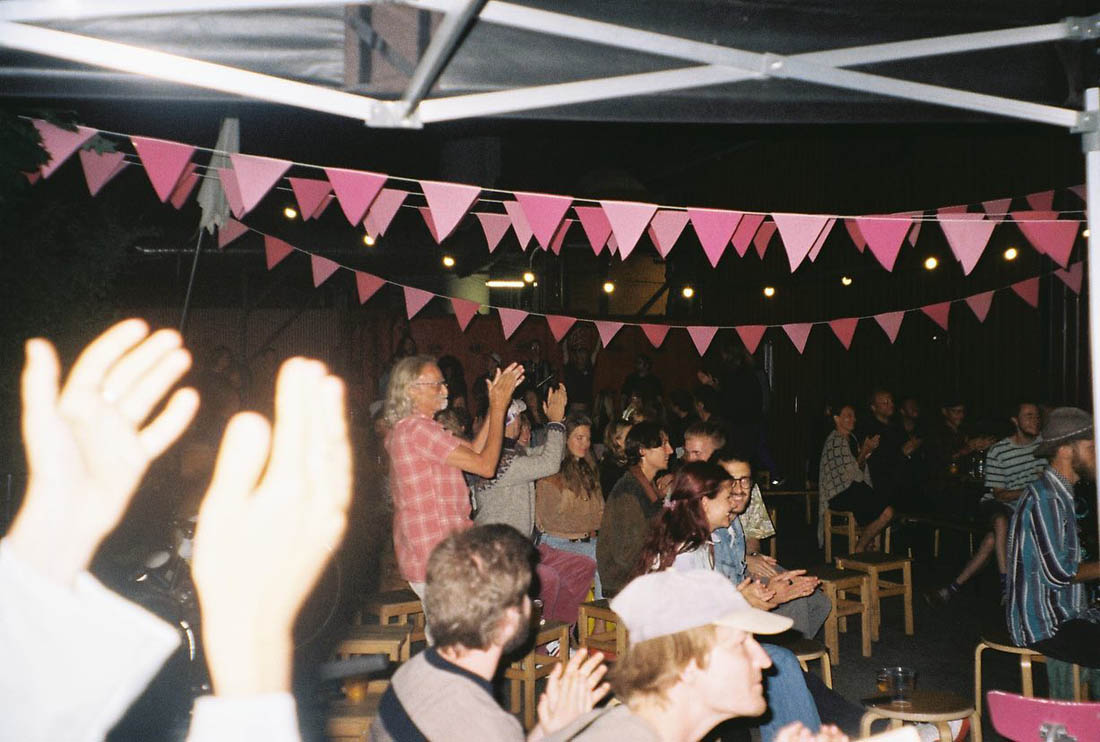 For the fifth year in a row, Knud's Kiosk, in collaboration with Sun Ship and The Community, brings magic to Sydhavnen. And for the second year in a row, it will be with the large SHARE improv network behind it.

SHARE Improfest 2022 will be built on the same foundations as 2021: 21 prominent European improv musicians will be invited to participate in a four-day workshop/concert format at Sydhavnen, where they will mix and mingle and play concerts in new constellations every night.

Along the way, the musicians are inspired by artist talks, workshops, recording sessions as well as the spontaneous jams, beach trips, and more that come from living, breathing, and playing closely together for three days.

Audiences and musicians alike can expect a totally unpredictable but hugely heart-warming and vibrant experience as the area around Knud's Kiosk is transformed into an improv melting pot.

Look forward to experiencing some of Aarhus' strongest improv acts in a meeting with musicians from the Swedish improv collective FRIM, Le Fondeur de Son from France, Music Plus from Italy, and the collective Zpoluras from Portugal.

This will be a completely unique opportunity for an intimate meeting with the best of what the young European improvisation music scene has to offer.

The lineup will be updated regularly on Facebook, but the concerts are scheduled as follows: