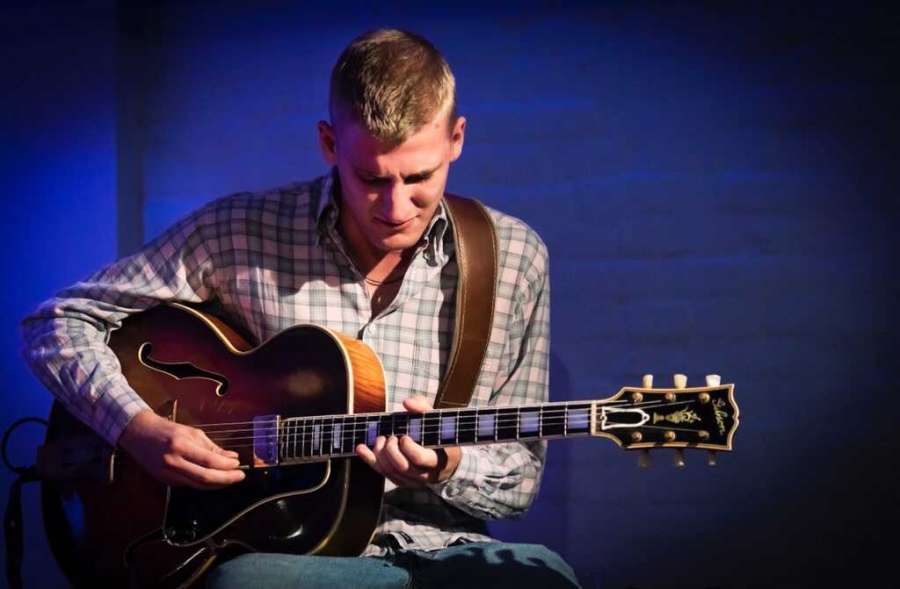 Guitarist Pelle von Bülow is the third generation of jazz musicians in the Bülow family, being the son of Christina von Bülow and grandson of Fritz von Bülow.

Pelle has made a name for himself on the Danish jazz scene over the past eight years, playing as a sideman with the likes of Mathias Heise, Jesper Thilo, and Christina von Bülow. In 2020 he received the Tivoli Jazz Prize and the former Bent Jædig Memorial Grant.

At this concert, he unfolds as a soloist in a unique constellation with some of the best up-and-coming musicians on the Danish jazz scene.

The repertoire will consist of music from the American songbook as well as a number of original tunes.