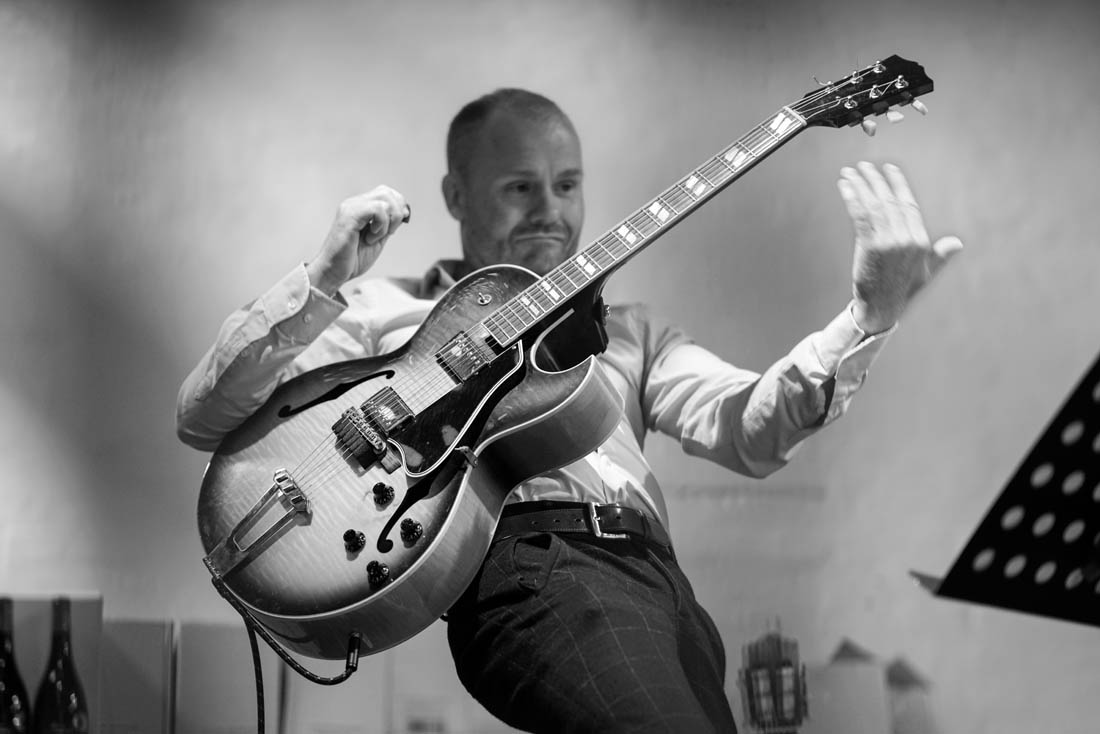 Tribute to a guitar legend

In his early days, guitarist Morten Haugshøj found two special records in his father's old collection. One was Machine Head by Deep Purple (you know, the one with Smoke On The Water), the other was American jazz guitarist Wes Montgomery's Full House.

The sound of Wes Montgomery's guitar playing resonates with most jazz lovers, and the fascination really struck Morten Haugshøj – so much so, in fact, that he chose jazz guitar over rock guitar, and he's kept that love of jazz guitar ever since.

The concert at VinDanmark is a tribute to the music of Wes Montgomery, who, in addition to his distinctive thumb-only playing style (a style he developed because his neighbor thought the pick made too much noise), was also an excellent composer.

The concert will feature a wide selection of the legendary guitarist's back catalog – including tunes that may be less familiar to jazz audiences. Expect plenty of octave playing, chord solos, and several other of jazz guitar's classic disciplines, which Wes Montgomery exemplified.