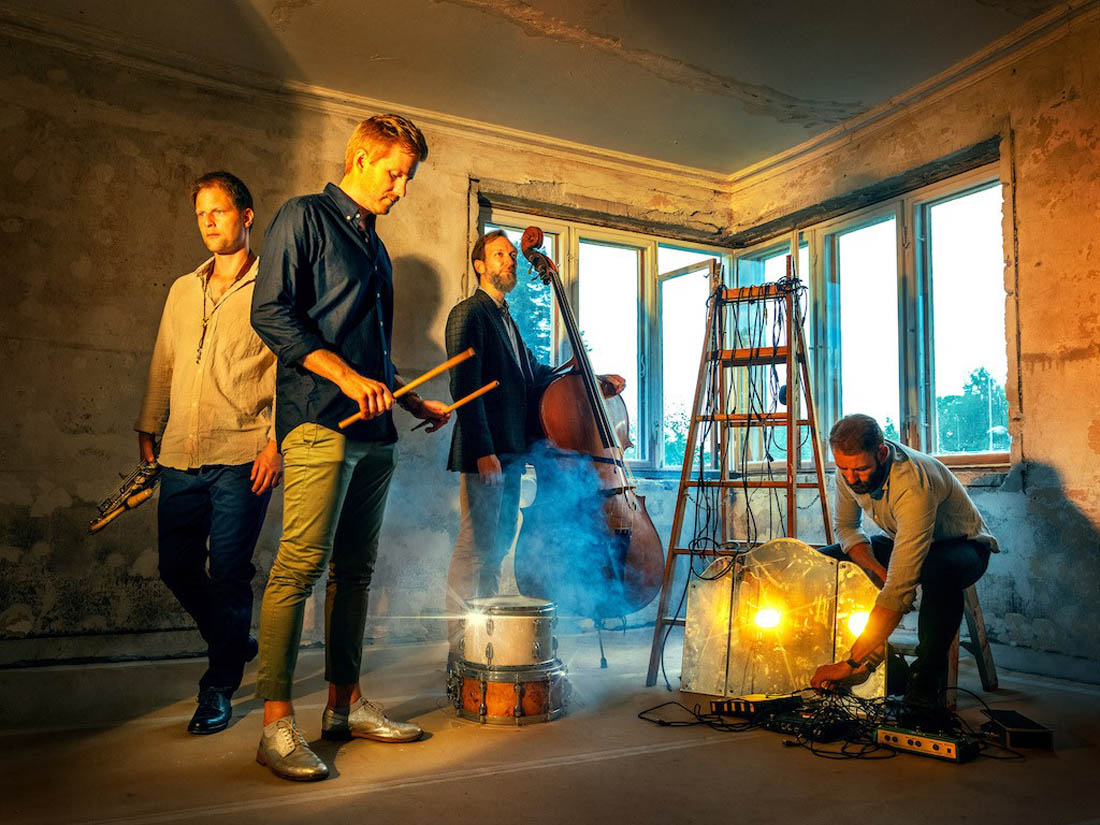 After the release of the album Zeme, Lubos Soukup decided to put together a brand new jazz quartet focused on creating a unique musical universe – Machina Mundi.

The name comes from astronomer Johannes de Sacrobosco, who envisioned the universe working like a machine, a bit like a clockwork, and that it was divided into two parts: the elemental and the ethereal.

Machina Mundi's music is based on this philosophical thinking, giving the compositions sections of a mechanical nature in order to make room for the ethereal and spiritual in the musical language.

The music is heavily inspired by the legendary band Weather Report and, in part, through the use of synthesizers, keyboards, and various effects, has a similar character in its soundscape.

The compositions, written by Lubos Soukup, are both elegant, challenging, and appealing through their feel-good grooves and exciting solos.

A peculiar harmonic universe gives a feeling of the dark Scandinavian sky mixed with a pulsating rhythm, which hints at the busy streets of New York.

The band will release its debut album in 2022 and will play concerts both in Denmark and abroad.

This concert will feature the talented Estonian jazz singer Karmen Rõivassepp as a soloist.