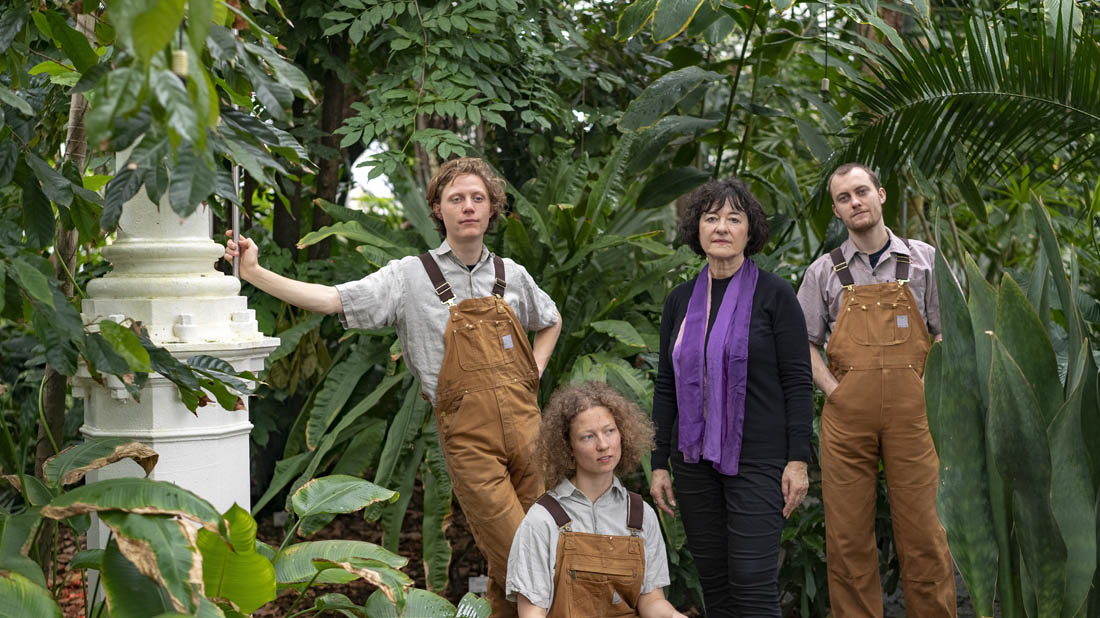 Out of mutual admiration for each other's expressions and different approaches to working with art, the young, up-and-coming musicians in the trio Køs and the renowned poet Pia Tafdrup began creating music together in 2018.

In 2021, following numerous concerts around the country, they released their first album Ud af en mund on Barefoot Records in celebration of Pia Tafdrup's 40th anniversary.

Look forward to a meditative, sensual concert, where the music seeks to support and expand the experience of the poems' different universes and meanings, in and out of improvisation. A concert where the visual language turns into sound and is given a new abstraction. Where the music is captured and brought close to the listener, bound by our common spoken language.