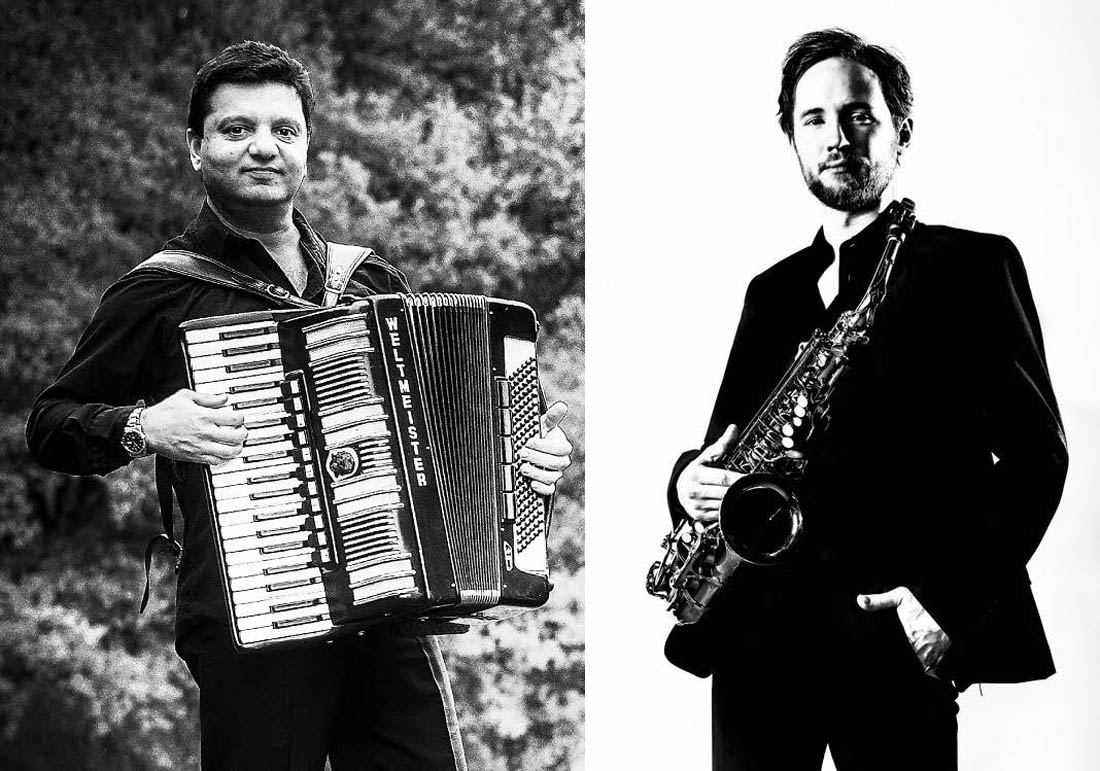 You'll have the chance to do just that at this exciting workshop with a Bulgarian and a Danish musician as we delve into the distinctive stylistic features of Bulgarian folk music – quirky time signatures and scales, and different ways of embellishing melodies.

We'll listen to a bunch of music and learn some "keys" to understanding what we're really hearing. We will clap and speak rhythms, sing and play melodies, and do a few dance steps, as well as consider what you, as a (Danish) musician or music lover, might bring to your own playing or listening.

Filip Filipov was born and raised in Varna, Bulgaria in 1970 and had a long music career in his home country before moving to Denmark in 2011. He masters the many styles of Bulgarian folk music and rhythms on the accordion as well as the tâpan, the traditional Bulgarian drum.

On his latest album, Folk tour with me, you can hear many of these distinctive styles, which he composes and improvises with great proficiency. Musically, he is firmly rooted in Bulgarian folklore and modern svatbarska muzika (wedding music).

After about 30 years as a professional musician, he has extensive experience using his instruments. In addition to Bulgarian music, he has also played pop, rock, and oriental-influenced music. Over the years, he has toured throughout Europe with various groups, including the dance ensemble Bulgarche, the "svatbarski" orchestras Folklorni Ritmi with singer Ruska Dobreva, Aksakovska Grupa, Orkestar Varna, and his own group Chernomorec since 1994.

Johan Toftegaard Knudsen was born and raised in Løkken, Denmark, and established roots in the music scene around Aarhus starting in 2005. He currently plays with Aarhus Jazz Orchestra and a number of smaller jazz bands.

He is primarily a saxophonist and jazz musician but has also been interested in Bulgarian folk music for many years. This has led to many hours of practice and listening to the likes of Ivo Papazov, Petar Ralchev, and Trifon Trifonov in addition to Charlie Parker, Paul Desmond, and John Coltrane. This has also led to Bulgarian stylistic traits creeping into his own compositions and improvisational language, leading him in new directions.

The two musicians will, in their best English and Bulgarian, guide the participants through an amazing amount of sound and information – exactly as we know it from Bulgarian music at its best.

Hopefully, everyone will leave with the experience of having learned something new, having been fully immersed in the "engine room" behind this very special form of music.