The art poster for the 32nd edition of the Aarhus Jazz Festival has been designed by acclaimed graphic designer Finn Nygaard and is a tribute to the legendary jazz saxophonist Charlie Parker, who in 2020 would be 100 years old. This years festival will also be focusing on the saxophone at a number of concerts. 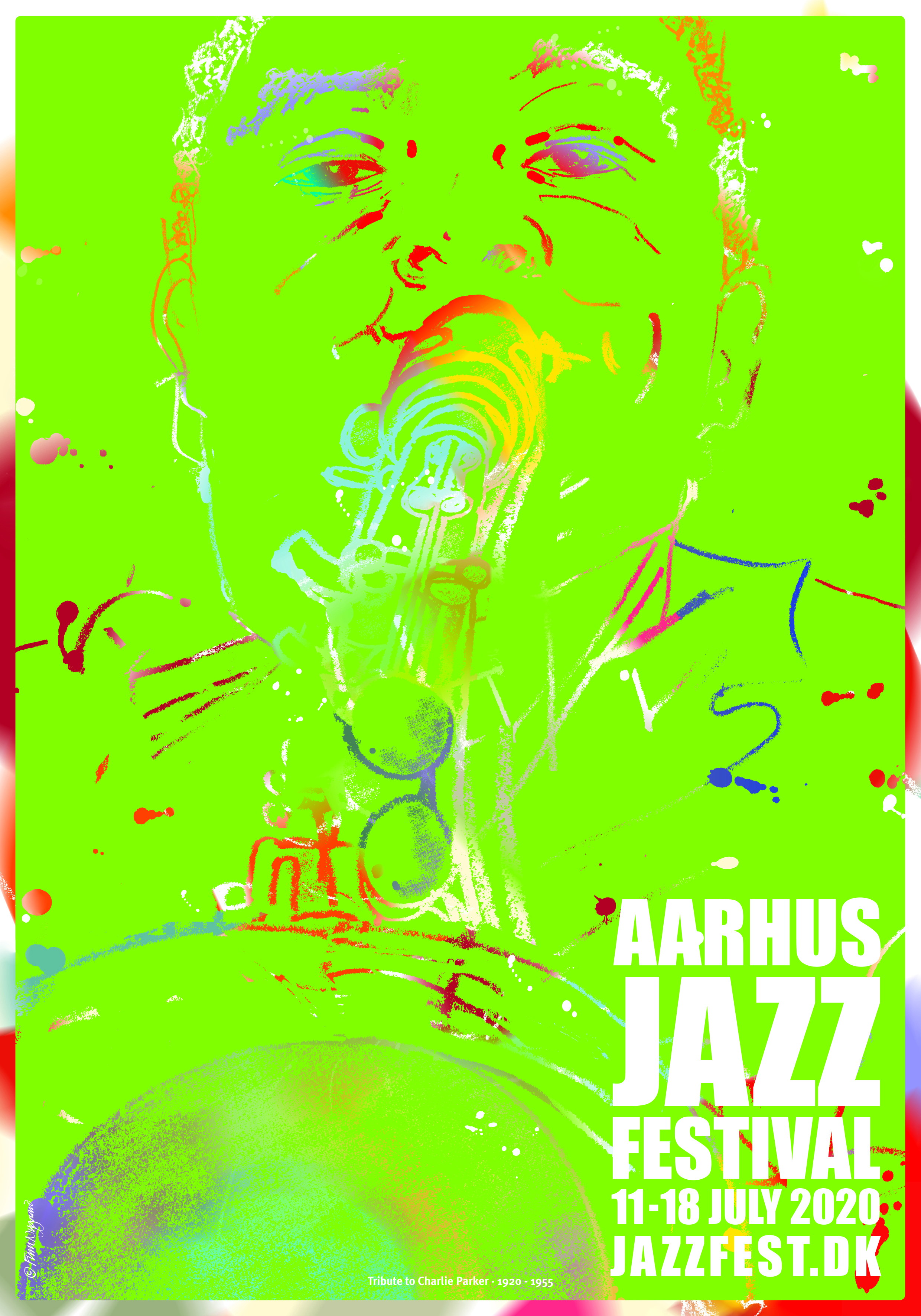 “Jazz music is a wonderful world that I would rather not be without. I listen to jazz from morning to evening, ”says graphic designer Finn Nygaard, who through his long collaboration with the Aarhus Jazz Festival has made no less than 18 posters for the festival, including the very first in 1989. Several of the posters have won international awards, and the 2019 art poster with the motif of drummer Art Blakey has won both a first prize at The Colorado International Invitational Poster Exhibition 2020 and gold at the Graphis Poster Annual 2020.

This year´s poster is a tribute to bebopsaxophonist Charlie Parker. Here Finn Nygaard has been inspired by the movement in the music, the colorful sound and by Parker's nickname 'Bird'. Hence the choice of the green color as a symbol of the bird and nature. The perspective lets the viewer see Parker from the front with the horn first. “I love when you see that there is music in a poster. That it gives a sense of the music, ”says Nygaard, who begins his work listening to music and watching YouTube clips. From this, various sketches are drawn up, whereby he reaches the drawing which is the starting point for the completion of the poster. The last processing is done on the computer.

Finn Nygaard has worked for 40 years with posters, illustrations and graphic design. He has made close to 800 posters, many about jazz, and has won
multiple awards for his poster art. He exhibits and gives lectures all over the world and is also regularly featured in the jury for major international poster competitions.

Charlie Parker (1920-1955) is one of jazz music's most iconic figures. He was one of the leading musicians in the development of the bebop style, along with e.g. Dizzy Gillespie. In particular, his dazzling abilities as an improviser have won him a central place in jazz history, but he has also composed a number of distinctive bebop themes. The story of the brilliant musician who lived a hard life and died young has had a continuing fascination and has been the subject of both books and films.

Aarhus Jazz Festival will take place on 11-18 July 2020 and will once again be able to present a cornucopia of jazz music in all genres with international stars, Danish orchestras and local talents. As usual, there will be jazz music throughout the city, both inside and outside, at more than 350 concerts at 40 venues.