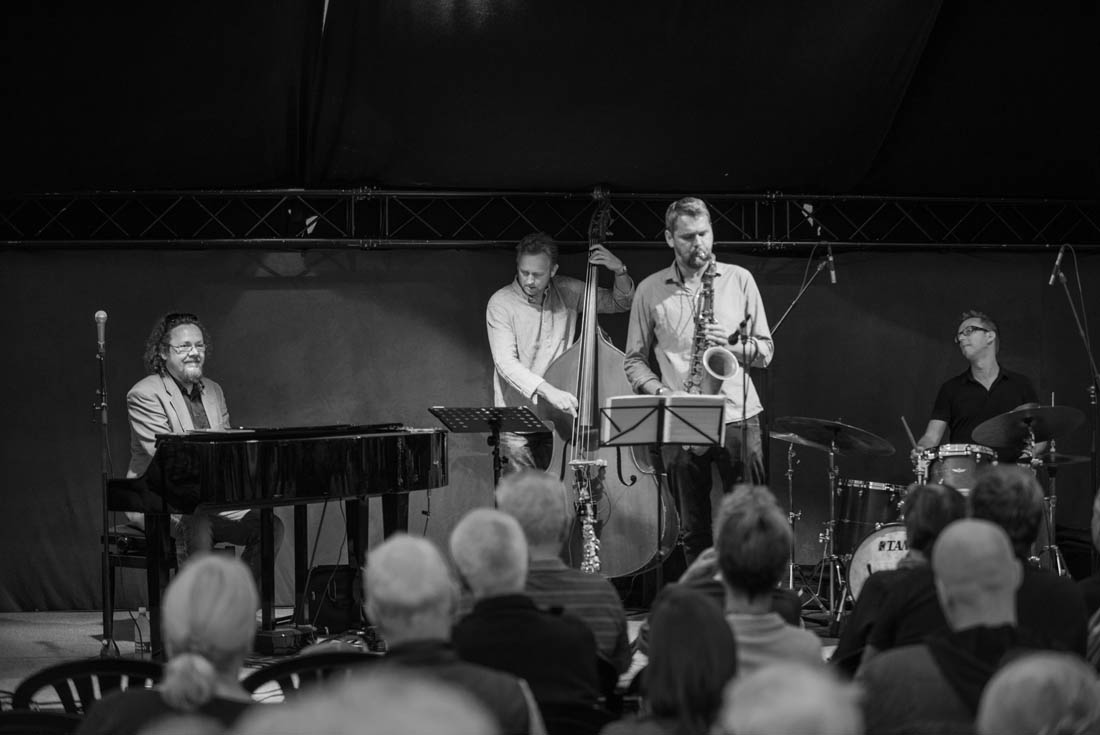 NHØP did it. Palle Mikkelborg does it. Ole Kock Hansen, Hans Ulrik, Finn Ziegler, Jesper Lundgaard, Jacob Fischer did – or do – it. A great many leading jazz musicians have done it over the years. They have taken the Danish songbook and used it as the basis for jazz interpretations.

Our common heritage – Danish songs, hymns, and carols – is a veritable gold mine and an eternal source of inspiration for Danish jazz musicians. This is also the case for pianist and arranger Martin Schack, who, together with his quartet Jazz in Danish, has established himself as probably the most successful and complex exponent of the genre.

Back in 2008, Schack founded the group and recorded the album Jazz på Dansk I, which, based on – and inspired by – the approach to Danish melodies of, in particular, legend Finn Ziegler, became a huge commercial and musical success, not least when performed live.

Since then, the band has not looked back and is now one of the country's most actively touring jazz ensembles, with several critically acclaimed releases in the bag.

The joy of playing, the mediation, the presence, and not least the desire to take on new adventures in the already known and loved repertoire is at the forefront, and this makes an evening with Jazz in Danish a unique jazz experience – one where you are welcome to sing along.