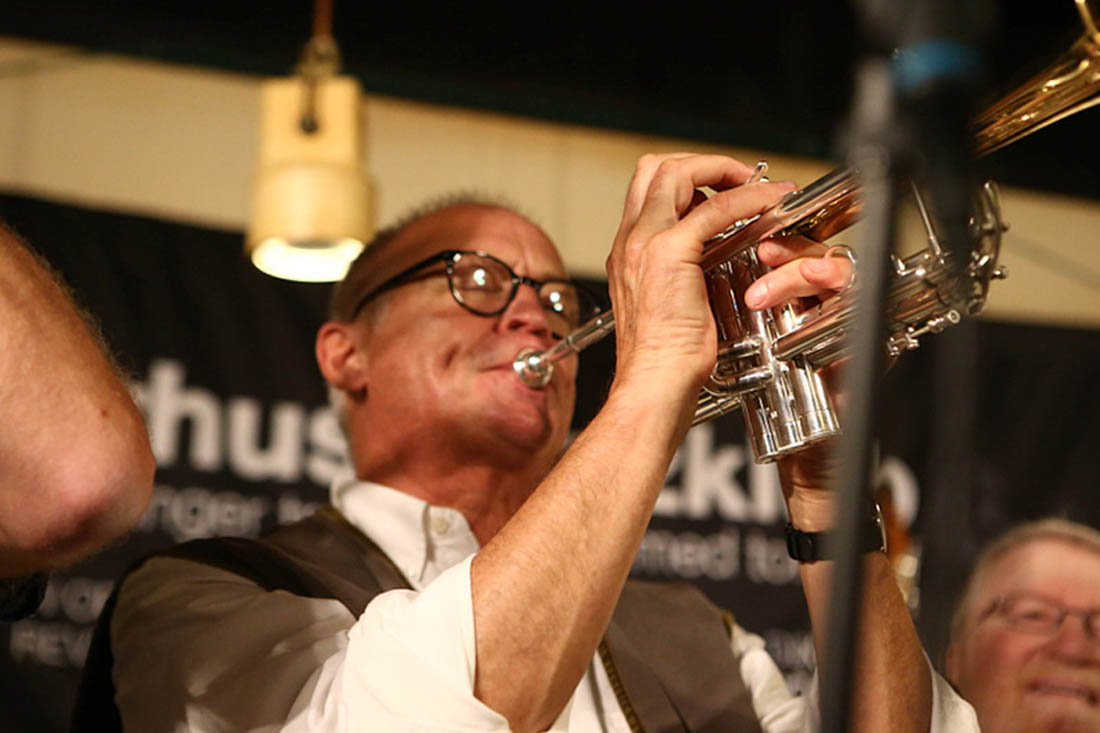 Look at me, I'm also an architect!

If there's one thing Gunnar Lautrup isn't, it's a show-off. Well, he should be - and I'm sure the audience will agree after listening to his trumpet playing.

Gunnar Lautrup has been active in the Aarhus jazz scene for over 50 years.

With roots in traditional music, he has developed into a versatile trumpet player. He can play baroque music on the piccolo trumpet, pop tunes at balls, gospel in churches, swing in a big band, and New Orleans classics in a beer tent.